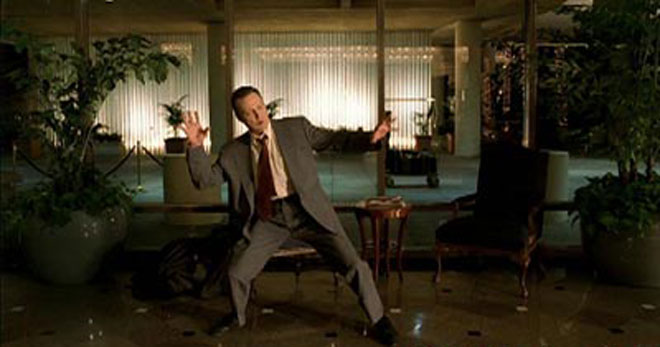 A lot has changed in downtown L.A. since Christopher Walken first visited the city as a teenager. In fact, when the co-star of Stand Up Guys (out this Friday) was shooting with co-stars Al Pacino and Alan Arkin last year, he noticed quite a few upgrades. Here, Walken compares our revamped downtown L.A. to the native New Yorker’s longtime Tribeca stomping ground:

“I’ve noticed that downtown has changed by far for the better. When I was going to L.A. 30 years ago, that area had gotten neglected. But when we were shooting Stand Up Guys there—near where the hotel I shot a video for Fatboy Slim—I noticed things are popping up. There’s a whole smart area there now with cafes and condos where old warehouses used to be. It’s been beautifully developed.  It’s a very Tribeca story down there–lots of young people, people on sidewalk having coffee. I was surprised when we were shooting there because it was neglected for such a long time.”

For more on Walken’s favorite L.A. places, check out his LA Story from our November issue.