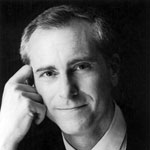 The biographer A. Scott Berg comes out in September with a new book on Woodrow Wilson. Berg earned a National Book Award for his first biography, on Max Perkins, the editor behind F. Scott Fitzgerald and Ernest Hemingway. He’s gone on to win acclaim for his books on Charles Lindgergh, Samuel Goldwyn, and Katherine Hepburn as well. In Los Angeles magazine’s September issue, David Kipen gives Berg his own biographical treatment, heading to the writer’s home in the Hollywood Hills. Kipen’s editor, Matthew Segal, talks with Kipen about Berg, books, and things that don’t necessarily begin with “b.”

Can you frame Scott Berg—his place in the pantheon of biographers?
Berg’s batting average is hard to argue with. The prizes keep piling up. He doesn’t stick to one arena, either—covering only writers, say, or only statesmen—like so many biographers do, especially the academic ones. The biographer’s holy grail, of course, is the never-done subject, the one who’s been hiding in plain sight all these years. Berg did that with Perkins, and basically rewrote the story of 20th-Century American literature in the process. To a lesser extent, Goldwyn, too. I hope Berg finds another of those, but I’m happy to read anything else he writes in the meantime.

What do you think sets a Berg biography apart from others?
The bastard can write. I mean, just read a couple of contemporary biographies. I used to read ’em like cordwood for the National Book Critics Circles Awards. The worst are badly written literary biographies. What a disservice to your subject. It’s like a bad painting of Remedios Varo.

You’ve been a book critic at the San Francisco Chronicle and the director of National Reading Initiatives at the National Endowment for the Arts. You also run the lending library Libros Schmibros in Boyle Heights. When not required to read them in order to judge nominees, do you read a lot of biographies?
I love good biographies, especially writers’ biographies. Even bad ones, frankly. There’s one or two writers’ lives I’m wanting to write myself, eventually, so I’m always game to crib from the best.

I won’t try to get you to spill the beans on future projects, but I am curious what struck you about Berg’s books when you came back to them as you did your research for this story.
Was I supposed to come back to some of his other books? Sorry, kidding. For one thing, Berg quotes really well. Seriously. It’s one thing to bury yourself in index cards with everything your subject ever wrote or said. It’s another to reach for the right card at the right time. Doing that for an interview is hard enough. Doing it over a thousand pages requires a large brain.

You sketch elements of Berg’s home office in the story, but not everything made it into the piece.
His house is pretty dam tidy. It could be his partner’s doing. Could be he dusted just for me. But if it’s a temperamental thing, and if that’s what it takes to marshal all your research within reach to write a good, cogent biography, I am screwed.

Have you seen my desk? There’s a paradox of sorts in Berg: He lives above the Sunset Strip, which has been known to be a fairly lively place. Yet he drives little more than Ray Bradbury used to—he clocks maybe a thousand miles a year—and lives what seems to be a very quiet existence. Eight years might go into the researching of a book, another two into writing it.
Pretty monastic, don’t you think? I could never live in L.A. that way. I love this city so much, that kind of incuriosity about the place feels almost ungrateful. But maybe that’s why he’s written several monster biographies and I’ve written one thin book, one novella translation, four introductions, and a bunch of stuff that’s even shorter. This city is just too damned interesting. Would L.A. please take a week off?

It does have its distractions. But you found yourself reappraising your own approach to writing after meeting with Berg?
Are you kidding? Why else do it (other than the for the compensation, that is)? I mean, I’ll interview Joseph Gordon-Levitt or somebody if you ask me to, because I think he’s turning into a real force for quality in a beleaguered industry I grew up loving. But I jumped at the chance to talk to Berg because I hoped that talking to him would make me better. Unfortunately, there’s the small matter of having to work as hard as he does. Still, give me a writer any day. Assign a profile of Thomas Pynchon to anybody but me and have fun starting your car in the mornings.

Duly noted. You write about how Berg had gotten a poster of Woodrow Wilson, the subject of his most recent biography, as a tween. I take it that particular artifact didn’t survive the years?
He claims to have his old Wilson poster upstairs. I should have insisted on seeing it. Bad interviewer. Bad.

As for Berg himself, you knew some of his writing, but did you know what to expect of the man himself going into the interview?
I knew he was a local kid, which always intrigues me.

Grew up in Bel-Air.
Right. Other than that, I was on a panel with him once. Had a conversation through a flower arrangement at a PEN Awards dinner, too. So I knew he was voluble, fast on his feet. But I didn’t know the first thing about his private life, didn’t know that heroic work ethic of his. And I didn’t know a thing about that whole generation of transplanted writer families he grew up with. That was too cool not to lead with, and I hope I’m not done with it yet.

Even he said there should be another article on it. Berg told you that writing is the hardest thing he does. How did he mean that?
Boo-hoo, right? But I just think he means that he rarely gets it right the first time. A good sentence, like the long one I quote in the piece—it takes work. Also, he’s such a workaholic that the hardest thing he does may also be the second- or third-easiest.

It didn’t make it into the final piece, but you tried to pump him for information on his next book and suggested James Madison. No cigar?
Hardly. And when that didn’t work, I tried to assign him Madison myself. The upside is, even if he secretly meant to do Madison all along, if he does him now, I get to claim it was my idea.