Home Uncategorized Another Hit: A Refresher On Medical Marijuana in L.A. 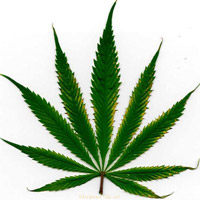 Proposition 19, on the November 2010 ballot, sought to legalize the recreational use of pot in the state. Our recent Q&A with marijuana activist Richard Lee on LAmag.com’s CityThink blog, “Smoke Break: The Man Behind Prop. 19 Tells Us Why the State’s 2012 Ballot Is ‘Cannabis Act’ Free,” sparked this online comment from LeopboldB: “I absolutely cannot look back on this year of Dispensary Raids, IRS audits, and the Raiding of Oaksterdam without thinking that had Prop. 19 passed, then maybe some of these tragedies could have been avoided.” Meanwhile, “Joint Venture,” Mark Lacter’s April 2011 Business column on the prospects of legalized pot, had a reader who goes by the handle “weed delivery” weighing in that pot’s medical uses are proven. “So pot must be legalized,” he concludes. Of course, Mr. Weed Delivery, medical marijuana is legal. Maybe it’s time for a refresher.

A Century of Weed
1913: California outlaws marijuana with an amendment to the Poison Act.
1937: Following the Golden State’s lead, the federal Marihuana Tax Act criminalizes pot.
1972: Two-thirds of voters reject Prop. 19, which seeks to legalize all pot use.
1996: Medical marijuana goes legal with the Compassionate Use Act, or Prop. 215.
2003: SB 420, intended to clarify murky elements of Prop. 215, is passed.
2010: Another Prop. 19 seeking to legalize pot is nixed again, by 53.5 percent of voters.
2012: Stymied in its efforts to ban pot dispensaries, the L.A. City Council winds up looking half-baked.

Meet the Willy Wonka of Weed