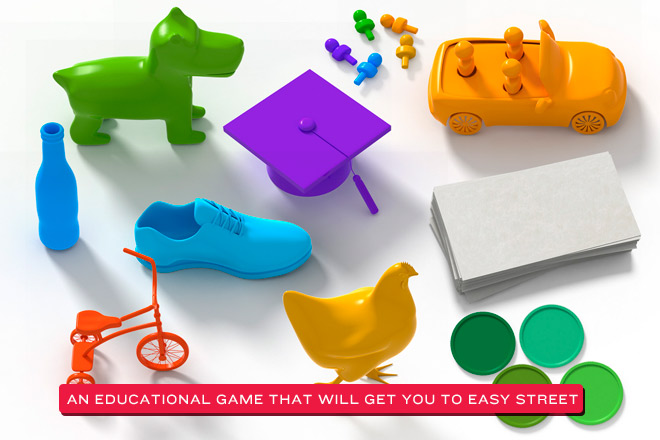 3-D photo-Illustrations for "How To Afford The L.A. Life" by Comrade

Yesterday, the American Society of Magazine Editors (ASME) released their finalists for the 2014 National Magazine Awards, and we’re happy to share that we’re up for two Ellies (so named for the Alexander Calder-designed awards, shaped like elephants).

Los Angeles magazine has been nominated in the “Personal Service” and “General Excellence: Special Interest” categories, the former for our April 2013 package on Affording the L.A. Life and the latter for our March, July, and September 2013 issues. We’re proud of our April story because we truly feel it exemplifies the requirements necessary to earn a Personal Service ASME: utilizing the print medium to serve readers’ needs and aspirations. The feature, helmed by deputy editor Nancy Miller, managed to show Angelenos that living in Los Angeles can be enjoyed without going bust. We broke down the costs of living in this city into fun, digestible facts and also provided readers with a slew of life hacks (like nine daily staples you can get from the 99 cent store). As for the three issues nominated for general excellence, we couldn’t be more excited that stories ranging from catching a serial killer to honoring 10 of Los Angeles’ most powerful women are being recognized.

Just as awesome as seeing our name in lights? The fact that we’re in such great company. Cosmopolitan, GQ, Health, Money, Southern Living, The Hollywood Reporter, Inc., Landscape Architecture, and Modern Farmer were also nominated in the Personal Service and General Excellence categories. You can find links to their work—along with our own nominated story—below.

The winners will be announced from New York on May 1.

Cosmopolitan: Your Cosmo Guide to Contraception
GQ: GQ’s Guide to Dating Online
Health: Are You Getting a Good Skin Check? Are You Sure?
Los Angeles: How to Afford the LA Life
Money: The Massachusetts Experiment, Worker, Heal Thyself, Obamacare: Game (Really) On
Money: 101 Ways to Build Wealth
Southern Living: 30 Secrets to Southern Charm