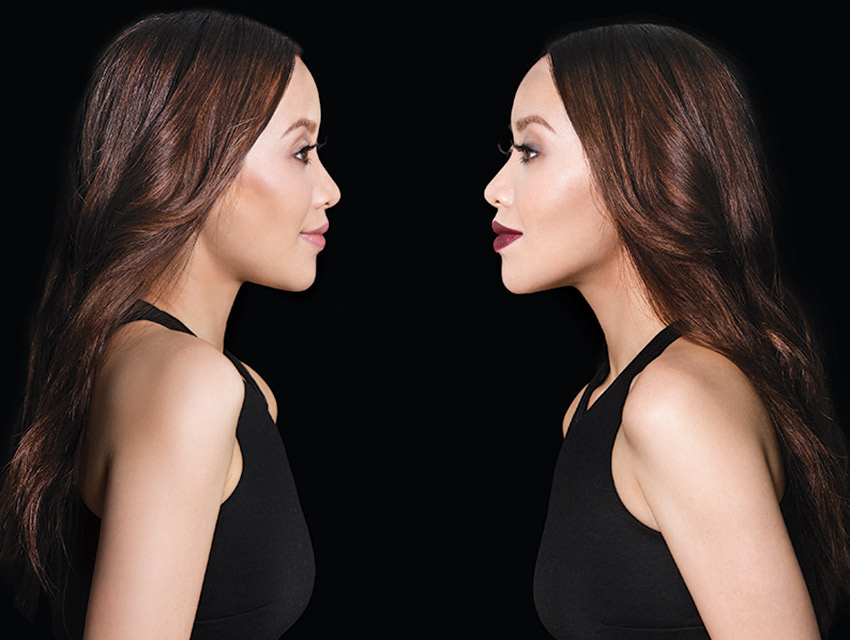 All turquoise and white, the decor of Michelle Phan’s bright, airy West L.A. studio is homey but catalog perfect. It’s the kind of place Phan’s 6 million YouTube subscribers would expect of her. At 27, the Boston transplant presides over a $3 million empire that includes not only her popular beauty channel but two cosmetics companies, Em and Ipsy. This month sees the release of her first book, Make Up: Your Life Guide to Beauty, Style, and Success—Online and Off.

Phan got her start in 2007, when as a freshman at Ringling College of Art & Design in Sarasota, Florida, she moved from selfie posts to a makeup video cobbled together on her laptop. From there Phan, an illustration major, applied her shading and blending skills to transform herself in weekly five-minute tutorials. It wasn’t just “how to look cute for school” information that she shared: In one video she became a Día de Los Muertos doll; in another, Khaleesi from Game of Thrones. Two years into her online experiment, Phan caught the attention of Lancôme, which, like many cosmetics giants, mines the Internet for beauty experts. She left school to become the official face of the French company’s online tutorials.

Phan wasn’t allowed to wear makeup until she was 14. Back then, she says, makeup secrets were meant to stay that way. “You’d see the model, you’d see the products, but you’d wonder, How do I get there?” she says, sitting on a white leather makeup chair in her studio. “That’s why these videos have really empowered women, because now we’re in control of our beauty.” Phan believes that today’s teens find online celebrities to be a bigger deal than traditional ones. “They relate to them,” she says. “I think my fans are my best friends.”