Home Fashion You Should Be Wearing Smiley Faces 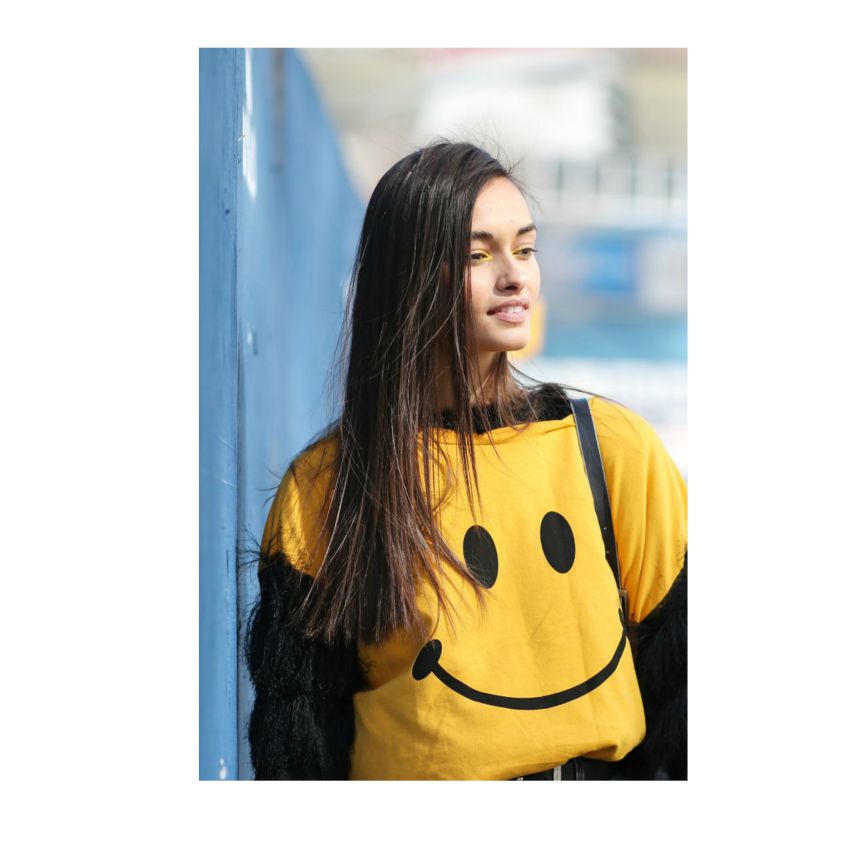 The playful and provocative smiley face is a cheeky representation of pure happiness.

The first record of the elated symbol dates back to 2500 B.C., in the form of stone carving in a French cave. The yellow, round-faced icon we know today was designed by the graphic artist Harvey Ball in 1963. The State Mutual Life Assurance Company paid Ball $45 for his work and used it to boost employee morale. The unassuming face soon cropped up on pins and T-shirts.

To combat French moroseness, journalist Franklin Loufrani began inserting a smiley face next to the titles of upbeat news stories in the French newspapers in 1971. Six years later his nephew, Nicolas Loufrani, trademarked the symbol, and even founded The Smiley Company, which holds complete authority over the icon, adhering it to a set of strict stylistic guidelines, today. The company creates or approves the use and look of all smiley icons that are used commercially, from its appearance on plastic Have a Nice Day takeout bags to advertising campaigns and perfume bottles.

The smiley also made its way into runway fashion in the ’90s–mostly thanks to Moschino’s Franco Moschino, who placed the symbol on one-piece swimsuits and leather purses.

Now that the smiley face has begun to overthrow the use of actual words in written communication, why not take things a step further and wear them? We’ve picked a few of our favorite new pieces.