Home Beauty Why Should You Splurge on the Clarisonic? Because it’s Your Face 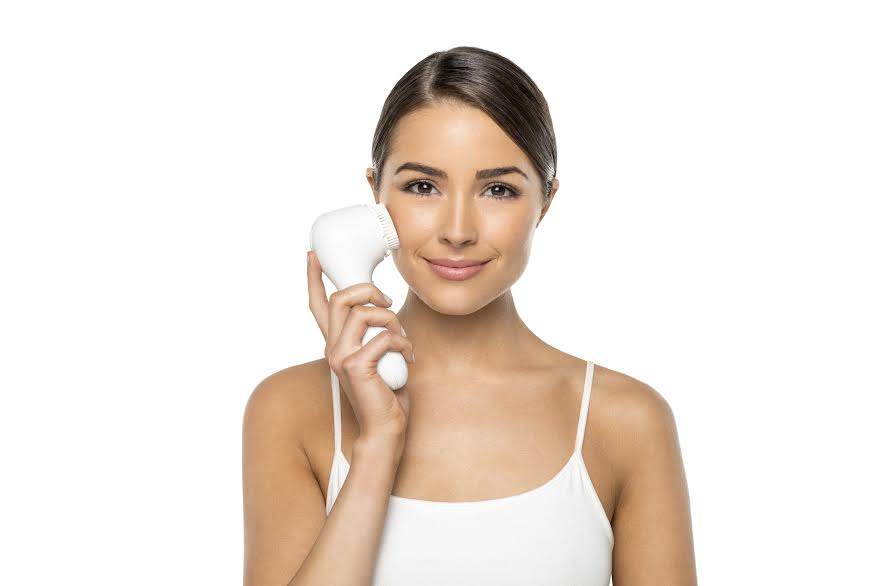 You’ve heard of the instantly gratifying Clarisonic, the one item that beauty editors from across the world would bring if deserted on an island, right?

Over ten million have sold across 54 countries. Men used to secretly steal their girlfriend’s so frequently that the brand launched a version for the guys. Cobie Smulders once said her husband thought she’d bought a sex toy. Kelly Rowland once left an event for the Sephora across the street to replace the Clarisonic she’d broken that morning. Everyone guards their Clarisonic as if it’s a bar of precious gold.

I love mine so much that if my vanity table caught on fire, it’s the one gadget I’d run back to save, and yet so few of my beauty friends use them. So why hasn’t every woman been seduced about the idea of getting a freshly buffed face every night like I was?

They hold onto old, dirty cleansing myths. I recently asked Dr. Robb Akridge, the co-founder and President of Clarisonic, to debunk some common fallacies about using a Clarisonic. Spoiler: they’re all misconceptions.

Myth: It’s made only for women’s skin
Anyone can use any Clarisonic device and experience great results. But if men want to get the most effective cleanse, tailored to their unique skin types, they should try the new Clarisonic Alpha Fit, which is more effective on thicker, more elastic, and more oily (read: men’s) skin types.

Myth: There’s a purging period for everyone
Any sort of “purging” is very rare. Often times, the culprit of breakouts is that people don’t put enough water and cleanser on the brush head, which can lead to irritation. To avoid this, saturate the brush head with water, get your face really wet (the brush is 100% waterproof, so try it in the shower) and use lots of cleanser. Consistent use will really help.

Myth: There are no benefits
How does the appearance of softer, smoother skin, the reduction of appearance of fine lines, and a healthy, radiant glow sound? How about for your whole body? Clarisonic has an array of devices to keep you covered from head to toe. Think body exfoliation with the Clarisonic Smart Profile body brush head (hello, sunless tanner prep) and massage benefits. The Opal is an anti-aging sonic infusion device that helps disappear fine lines around the eyes and mouth, and The Pedi gives sonic-level buffing for cleansing your feet during an at-home pedi.

Myth: People with sensitive skin should stay away
Dermatologists have proved Clarisonic to be gentle even for the most sensitive skin (including those with skin conditions like rosacea and acne) when used up to twice a day.

Myth: The brush head harbors bacteria
No. The bristles on the brush heads are non-porous and non-microbial, which means that bacteria can’t get in. Simply washing your brushhead with hand soap or shampoo and letting it dry out every few days is enough. If you’re really concerned, remove the brush head and soak it in a bit of alcohol (and then rinse) once a week. That said, you need to change the head after three months, because eventually cleanser will clog the bottom of each bristle tuft.

For the record, Dr. Robb never leaves home without his. Neither do I.

This Pop-Up Is a Haven for L.A.’s Beauty Mavens