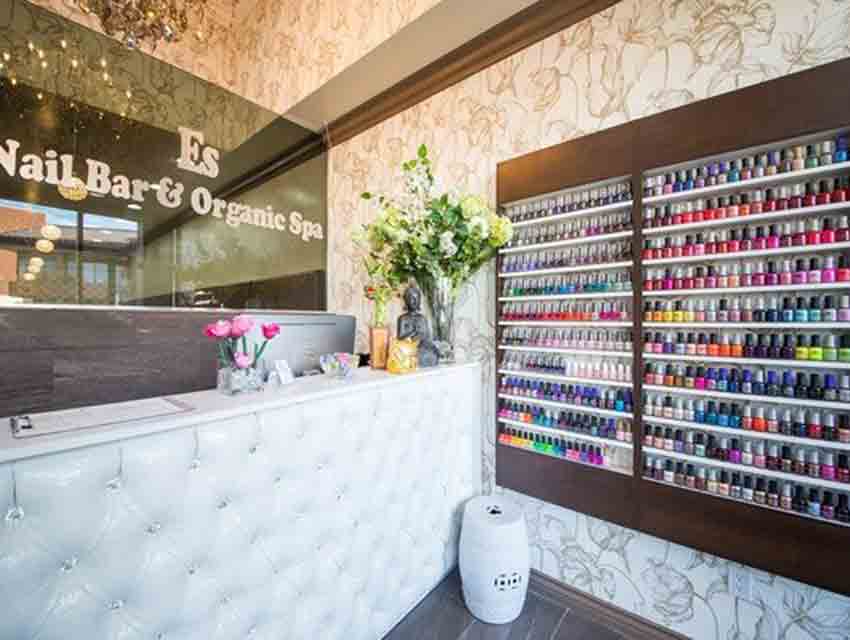 In the days since the New York Times published its devastating two-part investigative report on the exploitation of nail salon workers in New York, readers and writers from coast to coast have raised a chorus of questions about the politics of mani-pedis. Over at The Cut, Los Angeles magazine contributor Ann Friedman asked (and answered) what getting your nails done really means. At Slate, Jordan Weissman pondered why big tips don’t really make up for poor working conditions, and at Vox, Dara Lind got to the bottom of how to get an ethical manicure. We directed our own big questions—what the Times report tells us about salons in L.A. and what buff-and-polish addicts can do about it—at Asian Health Services representative Julia Liou, who helped create California’s Healthy Nail Salon Collaborative in 2005 and worked with the City of Santa Monica in 2013 to begin a Healthy Nail Salon certification program. Here’s what she said:

The California Healthy Nail Salon Collaborative started back in 2005. What sparked its development?
Asian Health Services’ community workers were doing outreach and began hearing a lot of stories regarding the health issues that so many of the workers in nail salons were experiencing. We quickly discovered that there seemed to be an epidemic. So we decided to look into this further and realized the root of this problem was the chemicals in the products that they were working with. Many of the studies on the long-term effects of chemicals in products matched the symptoms that the workers were experiencing. It made sense. Nail salon workers often work six to seven days a week, from eight to ten hours a day, so they have a chronic exposure to these products.

Were you surprised by the findings reported by the Times?
I was not. This has been an issue we’ve been working on for a decade.

A lot of readers were surprised—and upset. Should people in Los Angeles assume what’s been documented in New York is happening in salons here, too?
Well, there are similarities. Across the country nail salons are often immigrant-owned businesses, family-owned businesses. These are shops that have been an entry for many immigrants into our industry and settling here in the United States.

Are there ways in which the markets differ?
In California, up to 80% of workers are Vietnamese. In New York there’s a more ethnically diverse nail salon workforce.

California’s Healthy Nail Salon program is a big difference, too. In Southern California, it exists in Santa Monica, but only five salons are listed. Why?
There are 30 salons in Santa Monica total. People may think it’s really easy to become a healthy nail salon, but it takes quite a bit of guidance and work. Owners may have to change their entire product line. They may have to change their thinners, their removers. A lot of stores have enough supply to last a while, so to transition out those products takes time. And they have to undergo training to understand health and safety workplace practices—that’s not just for owners, but workers, too. Additionally they have to purchase a ventilation system. This program takes time and commitment.

What has been the biggest challenge locally as you advocate for these workers?
Industry pushback. We want to encourage the industry to formulate products that don’t have toxic chemicals. There are a lot of nail polish manufacturers that have taken out the “toxic trio” (dibutyl phthalate, toluene, and formaldehyde)—and we applaud them for that—but there are still many other nail care products that contain chemicals that do harm.

Research to assess long-term impacts takes time. Cancer studies take ten years. Because of that, it’s been very difficult when we work on legislative bills at the state-level regarding these toxic chemicals in the product. The industry is a large lobbying power. That’s why we took the local approach. We acknowledge this is a first step. But it’s a step that can be done to make an immediate impact. Chemical bans are needed, too, but they take time.

The CHNSC doesn’t focus on human trafficking. But it’s obviously a safety issue, too. Do you work with agencies that do? Is exploitation a problem you’ve encountered while doing outreach?
We have conducted, in partnership with local legal entities that work in the community, labor rights training around these issues. So we are cognizant that there are issues and we really want to develop awareness and help by training workers.

New York governor Andrew Cuomo announced emergency orders and the creation of a task force to conduct salon-by-salon investigations and create new health standards. Do you think similar measures should be taken here in Los Angeles?
We applaud Governor Cuomo for his very swift response. At the same time, great thought and consideration needs to go into implementing such a quick change. There can be unintended consequences if steps aren’t thought through. The team [working with salons] needs to have language capacity so they can communicate with the workers and owners and not create a culture of fear.

What we want to see in California is policy change. Local policy makers need to adopt Healthy Nail Salon programs. At the state level, policy makers need to pass legislation with regards to the disclosure of ingredients in nail care products—and cosmetics in general. Right now products in nail salons don’t have to be labeled. So when we say we want nail salon owners and workers to be educated—that’s hard because there isn’t a right-to-know about these ingredients.

There also needs to be work done to ban these toxic chemicals. That requires a large, systematic approach. But California is working on developing safer product alternatives and we hope nail salon products is one of the initiative’s top considerations.

Have you had any contact with mayor Garcetti’s office? Do you know if any of the suggestions you have for local governments are under consideration here?
No. We’re doing ombudsmen work first, but our plan is to reach out to policy makers.

Aside from looking for a Healthy Nail Salon label, what steps do you suggest consumers take to determine they’re not supporting unethical business practices?
Look for polishes without the toxic trio. Look for salon workers wearing nitrile gloves. Look for ventilation, particularly in areas of the salon designated for acrylic nails and gel polish services. And finally, look to see if the salon posts labor law posters describing health, safety, and wage regulations. If you think a business is trafficking its workers, call the National Human Trafficking Hotline at 888-373-7888.

What lasting impact do you hope the Times story will have?
That local leaders step up and that consumers, now that they are aware, actually do something about these issues.

Speaking of other cities…the Healthy Nail Salon program exists in the City of Santa Monica, but not in the City of Los Angeles. Are there plans for that to change?
We’re working on that, yes. The hope is we can find a champion to take it on. We’d love to work with anyone who is interested.

A New National Geographic Series Goes Inside the World of L.A.’s Pimps and Their Prey

Do Your Own Damn Nails