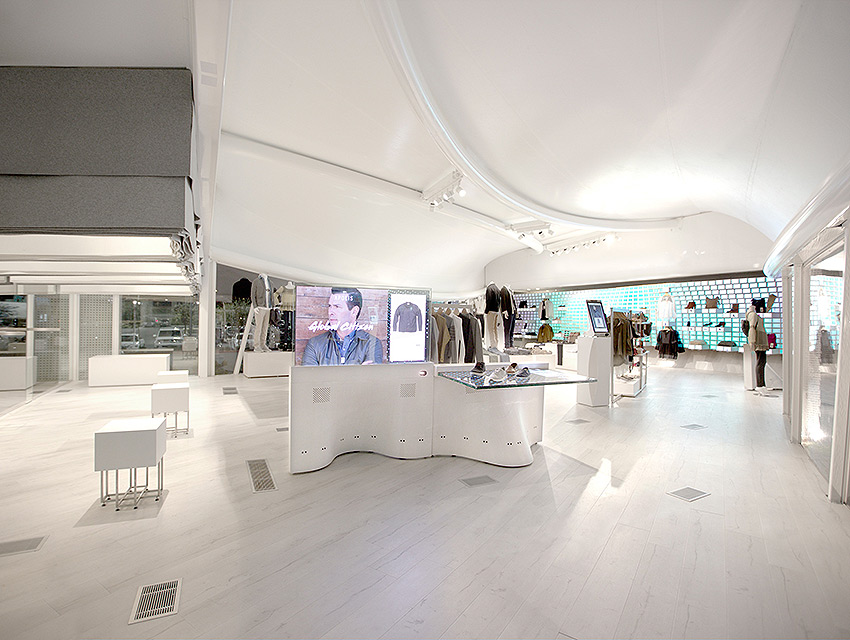 Remember back in March when Shake Shack landed in L.A. and the city’s collective brain exploded? Hopefully you’ve had ample time to recover, because we are about to drop some serious bombs: Kitson is dead and gone (RIP), but breaking news is afoot this morning that another NYC institution will be taking over the store’s old stomping grounds at Santa Monica Place.

Did you read that? Century 21. CENTURY 21! No, you fools, not the real estate firm! The insanely wonderful discount department store that sells brands like Jimmy Choo, Fendi, Jean Paul Gaultier, Jason Wu, and Lanvin at prices that are far lower than the original cost! Have we used enough exclamation points for you understand the significance of this?!

On May 26, Kitson’s former 3rd Street location will be taken over by WithMe, a high-tech, millennial-facing pop-up shopping concept that cycles major retailers through its space for anywhere between one and three months. C21, as the kids call it, will be the inaugural (but temporary) tenant. “This is our first store in L.A.,” says Jonathan Jenkins, Founder & CEO of WithMe. “We built the model for us to be able to bring new brands to new markets very quickly. Century 21 is a wonderful, iconic brand, and I think it’s really cool to bring a new type of retailer to the L.A. market and to the West Coast for the first time.”

As if C21’s L.A. arrival weren’t news enough, WithMe’s entire modus operandi sweetens the deal. The company bills itself as the “store of the future,” which is just a fancy way of saying it’s totally bonkers. Each portable shop comes equipped with translucent “Reactable” fixtures that provide details on the products and suggest suitable outfit pairings. Then there’s a floor-to-ceiling pixel wall with 900 individual screens-slash-shelving units—unless they’re grouped together to form a larger display. Shoppers can even use the WithMe app to scan in-store items they like, all of which will magically appear in one of several Smart Fitting Rooms. Though Jenkins says the technological aspect won’t be overwhelming. “It’s not tech for tech’s sake,” he says. “It really enhances the shopping experience. We look at the store as the perfect blend between brick-and-mortar retail and e-commerce retail.”