Home Uncategorized The New Girls: Our Emmy Fashion Forecast, From Downton to Adorkable 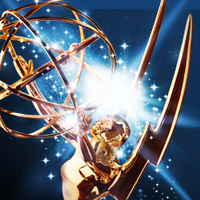 For the first time in years, we’re excited about the Emmys—we may even watch them in real time on the boob tube. Why? Because not only is the lineup of Best Actress contenders in both comedy and drama a total toss-up, the style choices of a crop of awards show rookies may actually make the red carpet an interesting event. We don’t mean that Joan Rivers “Who are you wearing?” crap. We’re talking about a group of smart, cool, young women who already have a pretty solid sense of individual style. Who goes home with the acting award is anyone’s guess—but we thought we’d throw out a few sartorial predictions for Emmy’s most eclectic line-up.

Playing a Lady is no stretch for Michelle, her personal style is rather ladylike and demure— in that gloves-with-gowns way. She’s no stranger to fashion and has modeled for a Harper’s Bazaar spread and is practically a front row regular at London and Milan Fashion Weeks. We think she will show off her fashion chops big time in a Giambattista Valli couture gown from this fall in a deep green silk chiffon covered in monochromatic English roses and peonies. Zooey has cornered the market on quirky-cute. Even her name is quirky-cute, Zooey.  Seriously, she bought up all the shares and if anyone in Hollywood wants “adorkable” they have to go to her.  (The show has already branded the portmanteau, so don’t even try it Lena Dunham). And in the past, her persona has been reflected in her red carpet choices— think lots of bows and ruffles. However, she recently stepped it up at the Golden Globes earlier this year in a—custom—Prada beaded gown, a super on-trend, collar necklace and tuxedo manicure. We think she will continue to step it up and avoid her girly tendencies with a sophisticated floor-length Armani Privé ombre column gown. The writer/director/actress is a newbie to the red carpet. Though I’d describe her personal style as Williamsburg-Anthropology, she made the fashion blogs at the Met Gala earlier this year when she rocked an emerald green Wes Gordon dress with a high-low hem and bright pink heels, flaunting her tattoos. So we know she’s not shy (then again, watching any given episode of Girls will tell you that too). We predict, emboldened by her stylish new Miley-inspired pixie cut she will go couture with a strapless Christian Dior tea length silk gown (it’s woven to look like a dripping painting by super hot contemporary artist Sterling Ruby). Artsy and chic. On the hit TV show Homeland, Claire’s bi-polar character works to keep this country safe—as safe as her choices on the red carpet. The veteran on this list, I’ve never seen a style misstep from the actress. She tends to favor strapless gowns and goes full Hollywood glamour. We imagine she’ll stick to what she knows works and choose another floor skimming curve-hugging number, maybe one of Eli Saab’s ethereal dresses from his fall ’12 couture collection—either in nude chiffon or teal lace—depending on her mood.