Home Uncategorized The Full Walter: The Breaking Bad Costume That Might Be Better Than... 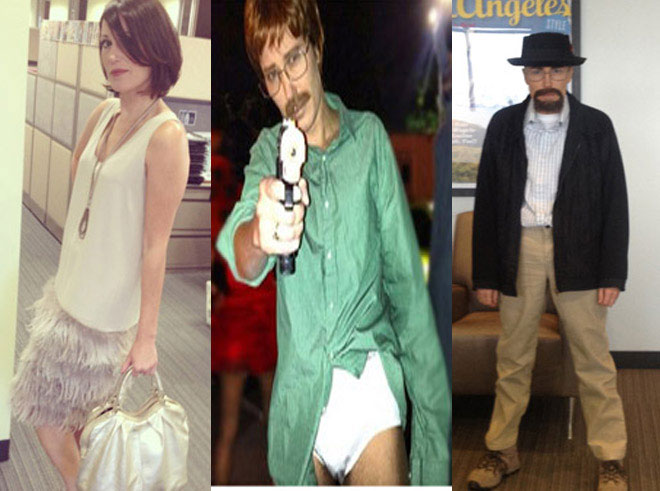 Linda Immediator as: herself, Walter White, and Heisenberg

No one plays Walter White like three-time Emmy winner Bryan Cranston, but when it comes to looking like the Breaking Bad character without help from the hit drama’s makeup dept., our own Linda Immediato might have the actor beat.

Cranston donned an amateur Walter White costume complete with a face mask while hanging out at Comic Con in San Diego over the weekend. (Click on the link to see his results.) Immediato got into character last October for the magazine’s annual dress up contest, which she won, and handily. Who wore it best? It’s a close call, but we’re giving it to Immediato by a wig.

Immediato’s tip for Cranston: next time, go with tighty whities instead of pants. Those Khaki chinos have Heisenberg written all over them.