Home Uncategorized The Debates: What The Candidates Wore And What It Says About Them 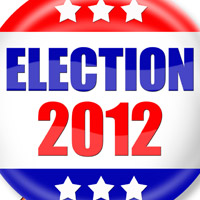 The debates were about as boring as the candidates’ midnight blue suits. I’ve studied the photos and could find no discernible difference in color or the lapels. It’s a good thing they wore different color ties, like team mascots, or we might not have been able to tell them apart at all. But the devil is in the details, as they say, so here’s what their subtle fashion choices say about them: Barack Obama Wore:
-a solid blue tie, the kind a regular Joe might buy down at the JC Penny’s
-a subtle American flag pin
– an exhausted expression
His Look: “Overworked and Underpaid American Professional”

Anything new here? I guess not.

Miss the word sparring and stammering of past presidential debates? The PBS documentary project Debating Our Destiny packages together clips from original debate broadcasts from 1976 to 2004 with post-debate interviews, and commentary from 20-year debate host and question-lobber veteran Jim Lehrer. You can watch footage and read transcripts here.