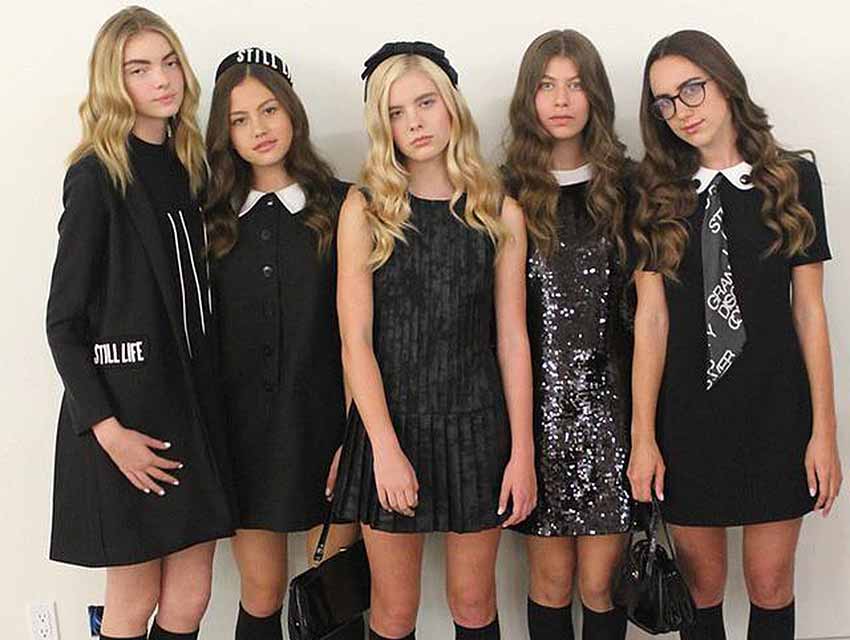 What would it look like if LA + NY had a rebellious daughter and sent her to boarding school? Intimidatingly good. In a partnership with Los Angeles Tourism and Convention Board, designers Brian Wolk and Claude Morais left the city streets of New York for their first debut at Los Angeles Fashion Week last month. Ruffian designers Claude Morais and Brian Wolk started the brand in 2004 with a collection of playful and eccentric neckpieces that later grew into an edgy and innovative line of ready-to-wear clothing. Though Ruffian’s shown at New York Fashion Week in the past, they chose to debut their latest looks right here in Los Angeles—and were the only NY-based designer to do so. “Our creative residency in Los Angeles over the last three months has provided endless inspiration, and it made perfect sense to show our collection in the city which inspired it,” Wolk and Morais told The Daily.

Ruffian’s Spring 2014 ready-to-wear line has an overtly-chic, badass-school-girl vibe, with a black and white color palette and looks ranging from knee-high socks to short skirts, shift dresses, peter-pan collars, and patent oxford shoes. Clothes perfect for channeling the days when you used to sneak out of class after third period to hang out behind the cafeteria.

Eastern Promises: The Scramble to Scoop Up More of the Chinese Tourist Dollars Flowing Into the Region

L.A.’s Rodarte Thinks You Should Wear a Partial Crown

5 Spring 2015 Trends from NYFW You Can Wear Right Now