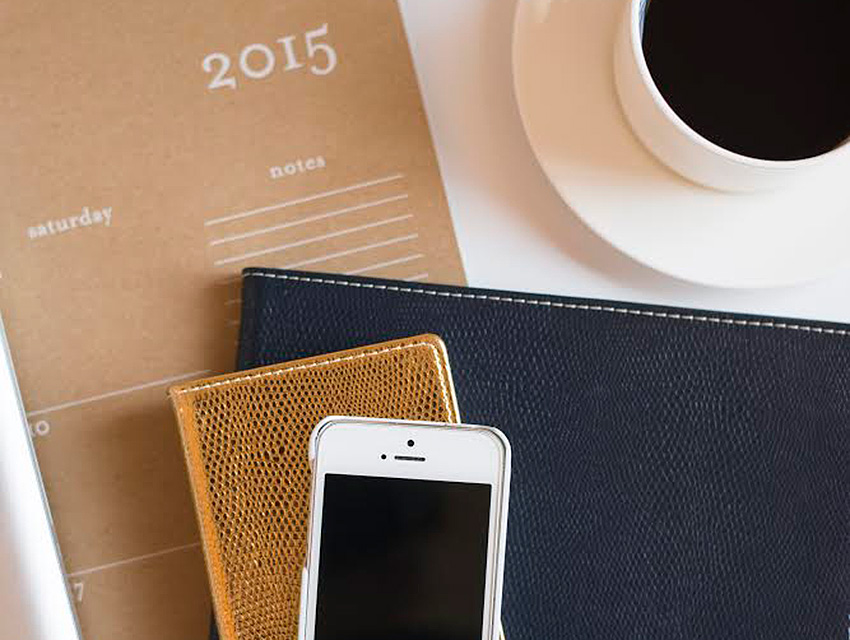 The Brentwood-based stationery boutique Sugar Paper has big plans: to keep you organized in 2015; and big news: they’re about to launch their second collection of calendar and planners for Target on November 1.

“There is a grand resurgence to people feeling connected to paper,” says Chelsea Shukov, a “self-proclaimed traditionalist” and the co-founder of the sartorial stationery shop. Despite the many options under the productivity category in the app store, it seems that people are still penciling things down—enough that Target asked the store for collaboration number two.

The resulting line of sweet yet sophisticated datebooks and agendas will be available in a combination of hot pink, kraft, and navy blue, all with light touches of golden foil. Each color palette was designed with a certain type of gal in mind: hot pink for those headed off to college, kraft for those keen on organic hues, and navy—not for boys—but for the career woman. Shukov says she realized many women weren’t feeling professional bringing in a bright planner to an office meeting. “In design and creative circle, anything goes, but we realized for a business setting, colorful options are just not fitting.”

If you ask Skukov, Sugar Paper isn’t against the smart phone technology that threatens to replace paper goods. She says the best approach to the 21-century conundrum of whether to go digital or stick with the tactile stuff is simple: Use both. Shukov finds it helpful to write down to-do lists and goals on paper. Once an event becomes more definite, she adds it to her digital calendar. “I use paper as a template,” she explains.

But paper does have one thing over technology: aesthetic. Shukov was surprised that in this Instagram Era she could not find one single type of agenda that proved to be useful, affordable, and chic. That’s why she created one. “Design is being neglected for functionality,” she says. “What happened with our collection is that people realized we were adding elegance to an ordinary item.”

Plus, having something to write on will prove handy come New Year’s Eve. The true trick to turning resolutions into reality, says Shukov, is to jot them down. “Put pen to paper and let those goals manifest themselves into the New Year.”

How a Fair Workweek Could Change the Lives of L.A.’s Retail Workers