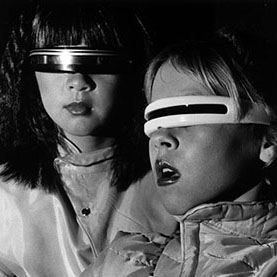 As a salute to Los Angeles magazine’s 1980s issue, here’s a look back at L.A. fashion in those years.

The Los Angeles Herald-Examiner spotted some pretty far out looks on our streets and documented everything from New Wave to tribal to Heavy Metal looks. The HerEx had roots that went back more than a century when the newspaper published its final edition on November 2, 1989. The paper’s enormous photo archive was split between USC and the Los Angeles Public Library. Here are some selections from their fashion coverage in that final decade.

All photos from the Los Angeles Public Library Collection