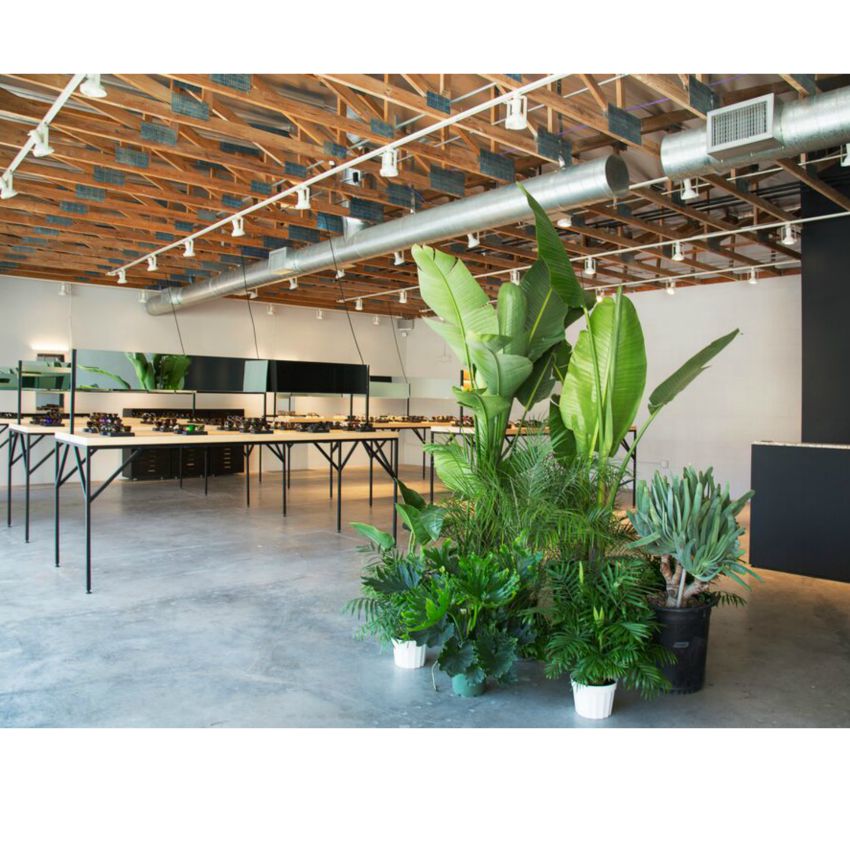 It’s difficult to find simple, matte-black sunglasses that aren’t boring, it’s even more so to come by a pair that has a clean, classic silhouette and comes in prints and colors like violet snakeskin and marbleized, caramel brown. Finding a good pair of ombre, orchid-purple sunglasses that have been carved entirely from a single sheet of glass? That’s nearly impossible. But the Milan-based label Retrosuperfuture makes all of these–and a bunch of other pairs that fall somewhere along the middle of this shady spectrum.

The brand has collaborated with Yoko Ono, Beyoncé, designer Marques Almeida, the Andy Warhol foundation, A.P.C., Kanye West, and Rihanna, establishing itself as one of the most innovative–and cool–contemporary eyewear labels around.

The second Retrosuperfuture sunglasses store in the U.S. just opened on Sunset Boulevard in Silver Lake, next to the new A.P.C store. Following New York, L.A. was the next logical location for a stateside brick-and-mortar says founder Daniel Beckerman. “California is a sunny state, so we had to have a store there. Silver Lake is an especially nice neighborhood, as it’s right in between downtown and the beach. Like the neighborhood, the new store just has such a good vibe.”

Designed by Mexico City’s Savvy Studio, the space has cold, concrete floors and tables made of metal, stone, and wood that turn into private try-on booths. Clusters of tropical, leafy plants and warming natural lighting tone down the severity of the space.

The L.A. boutique carries an extensive showcase of Retrosuperfuture’s classic silhouettes and pieces from the collaborative collections. We’ve picked a few of our favorites at the Silver Lake store.