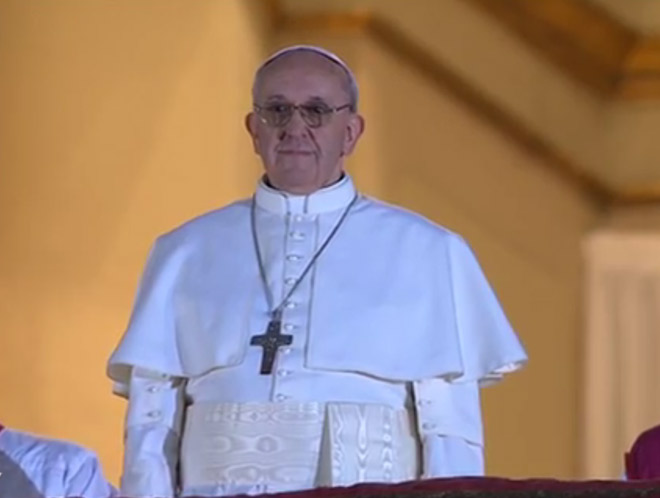 For the first time, 76 year old Cardinal Jorge Mario Bergoglio, now Pope Francis I, donned the official Papal regalia today when his papacy was officially announced. The ensemble consists of a tailored white robe with buttoned sleeves,  a capelet (called a simar), and a silk band that wraps around his waist (called a facia). Papal accessories include the Ring of the Fisherman, a gold ring decorated with a depiction of St. Peter in a boat casting his net, with the name of the reigning Pope around it. Popes used to use the ring to seal public and private letters. He also wears the Papal cross. Covering his head is a white silk “zucchetto,” or skullcap.

The clothes were made by Italian tailor Lorenzo Gammarelli, whose family-owned business has been dressing cardinals and popes since 1798. The holy garb is stitched from Gammarelli’s little shop tucked behind the Pantheon in downtown Rome. Could Pope Francis I’s cape inspire a menswear trend? Looks like it’s already in the works.