Home Fashion & Other Stories’ New Campaign Features Only Transgender Models, Shot by an... 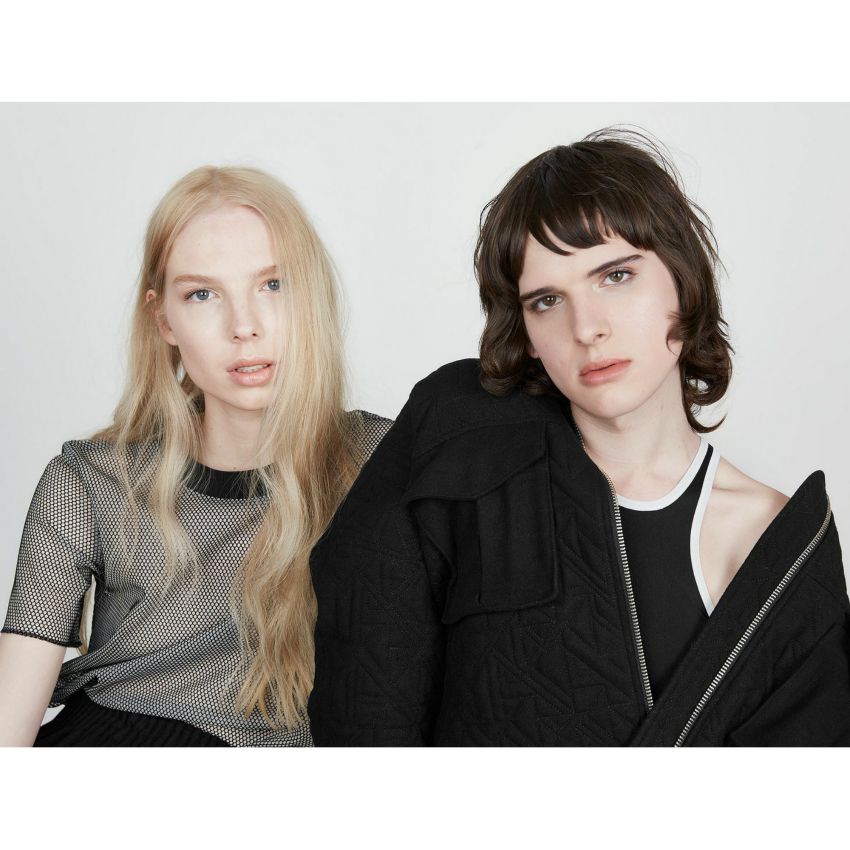 Gender fluidity is becoming increasingly accepted—as Proenza Schouler designer Lazaro Hernandez said, “The distinction between man and woman is disappearing, aesthetically at least. This is a big facet of our culture right now.”

Transgender models, most notably the gorgeous Andreja Pejic, have been making waves in fashion for a while, both in print campaigns and on the runway. Last year some of the models that walked down the womenswear runways for Gucci, Proenza Schouler, and Chanel were men, and women were sent down the menswear runways for Givenchy, Armani, Saint Laurent, and Moschino. The Barneys Spring 2014 campaign, shot by Bruce Weber, featured seventeen transgender models.

The clothing label & Other Stories (an offshoot of H&M) just took things a step further. Their latest womenswear campaign, composed and shot by an entirely transgender crew, features transgender models Hari Nef and Valentijn De Hingh. The ads were photographed by Amos Mac and styled by Love Bailey, with makeup by Nina Poon.

& Other Stories creative director Sara Hildén Bengtson noted that “The fashion world is embracing transgender models, and we think that’s great. But we couldn’t help to ask ourselves how the traditional fashion gaze can change if we keep the same normative crew behind the camera. So we invited five amazing creatives, all transgender, to make our latest story.”

The use of an entirely transgender cast and crew risks coming across as a bit gimmicky. That said, the intention behind the shoot was aimed in the right direction. As de Hingh said, “I think that the way things are moving right now, it’s looking like even when the fad is over there will still be awareness of our story and our issues.”