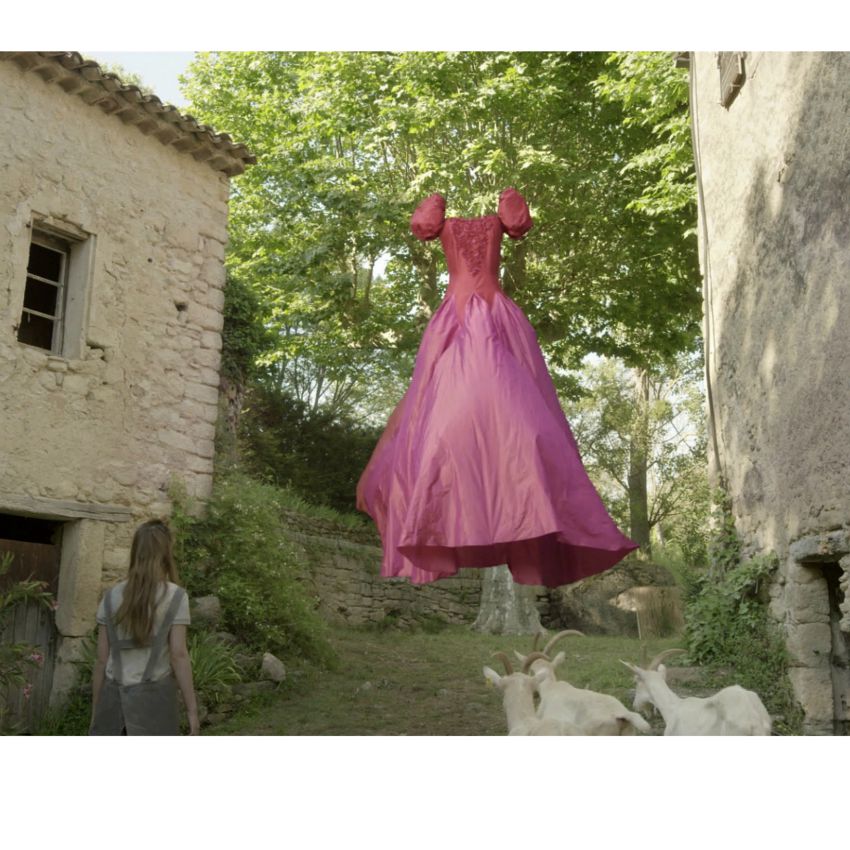 Women’s Tales is a series of short films commissioned by Miu Miu as a reflection on modern womanhood. Directors including Miranda July, Ava DuVernay, and Zoe Cassavetes have worked with the label in the past, and its latest feature film, Les 3 Boutons, is by the 87-year-old French director Agnès Varda.

The film is about a young farm girl named Jasmine, who, while milking a goat one morning, receives an unexpected package. Inside she finds a shimmering, comically voluminous magenta dress that transforms into a tent—and then, when she peers inside of it, into a drippy, stalactite-filled cave. Within, Jasmine is transfixed by what appears to be an identical dress—but it quickly crumbles like a dry leaf right in front of her eyes.

I have strong memories of obsessing over fine objects when I was very young; gold-and-emerald rings and ornate perfume bottles captivated me. Now, in a time when it’s possible to purchase almost anything without even leaving bed, I’m especially thrilled when I come across an object that fills me with true, unwavering excitement.

That’s just what Les 3 Boutons is about. If its magenta dress symbolizes fantasy, it is also a reminder of the magic of fashion. There may not be any Prada or Miu Miu pieces in the film, but the concept of the story itself adds to the brands’ mystique.