Home Uncategorized MISSING: The First Watch Worn on The Moon 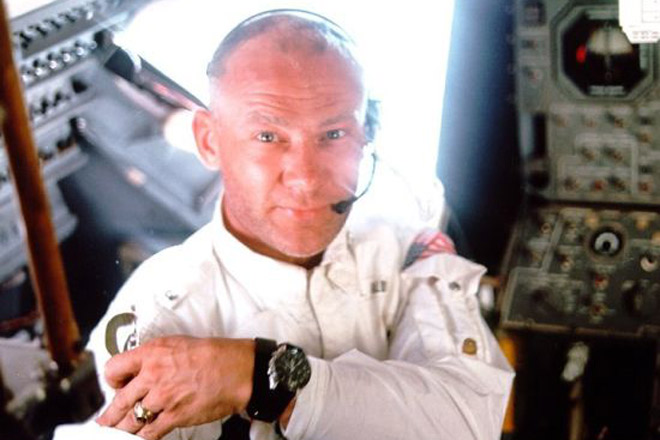 Ok, it’s not exactly breaking news. But the recent second death of Neil Armstrong on Twitter (and my current obsession with the upcoming Clooney/Bullock flick Gravity) reminded me of a story I stumbled upon while researching watches for a feature in this month’s September issue (on newsstands now). According to articles I read on NASA and Omega‘s websites, in 1962 NASA bought several commercial watches to evaluate for use in space missions. An Omega Speedmaster Professional passed rigorous tests of performance and reliability in conditions similar to space. All of the Apollo astronauts were given one, with a Velcro strap replacing the metal bracelet so that the watch could be worn outside pressure suits during spacewalks and moonwalks. Buzz Aldrin and Neil Armstrong wore theirs during their famous Apollo 11 mission in 1969. However, Armstrong had left his inside the lunar module during his groundbreaking walk. Some piece of important timing equipment inside the spacecraft had busted and he kept his inside so they would have a reliable backup. The first watch on the moon was worn by the second man to walk on the dusty orb—Buzz Aldrin. Sometime in the early ’70s, Aldrin sent his watch to the Smithsonian’s National Air and Space Museum, it was “lost” en route, believed to have been stolen, and still has never been found. I wonder if it’s sitting in the back of a closet somewhere, if the possessor knows its value and significance. If you ever come across an Omega Speedmaster Professional with a Velcro strap, check its serial number. If its between 040 and 079, it just might be this historic timepiece.