Home Celebrity Today Is Your Only Chance to See a Minnie Mouse Fashion Retrospective... 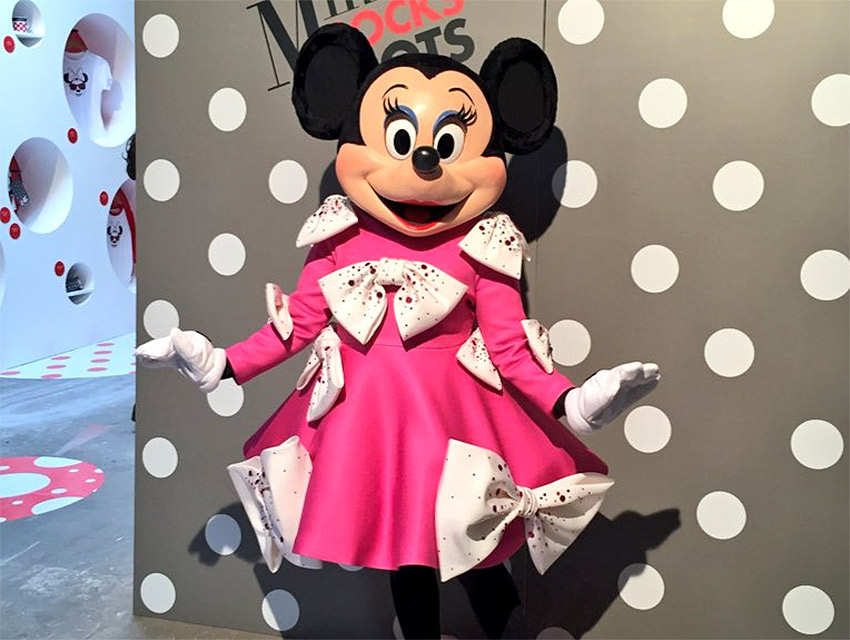 Today is your last chance—nay, your only chance—to catch Minnie Rocks the Dots, an interactive (think photo booth with props) fashion and art exhibition at DTLA’s The Paper Agency.

The exhibition, which takes viewers through Minnie Mouse’s influence on fashion from Steamboat Willie to present day, is open to the public today only. Catch a glimpse of custom dresses worn by Minnie herself, as well as fashion pieces from around the world, directly inspired by Minnie. I had the opportunity to peep the whole shebang yesterday at a press preview and check out Minnie’s haute couture look created by designer Christian Siriano. What was it as like to work with a superstar like Minnie? “She’s worn other great designers, she’s flown around the world,” Siriano said. “Everyone loves her. So it was a challenge, but really fun. We had a fitting in my New York office, and everyone came up from the second floor to see her in the fitting room, which has never happened to me—out of everyone who has been in my office.” (Siriano has created red carpet looks for celebs like Christina Hendricks, Sarah Hyland, and Uzo Aduba.) I asked Siriano if Minnie had any demands for the frock, “She didn’t want polka dots,” he said. “She’s wears polka dots everyday.”

Pro tip: Make sure you exit through the gift shop—you’ll find a limited-edition collection of Minnie tees and headphones only available at the exhibit today.