Home Fashion Mae Whitman’s Boots Were Made for Surviving 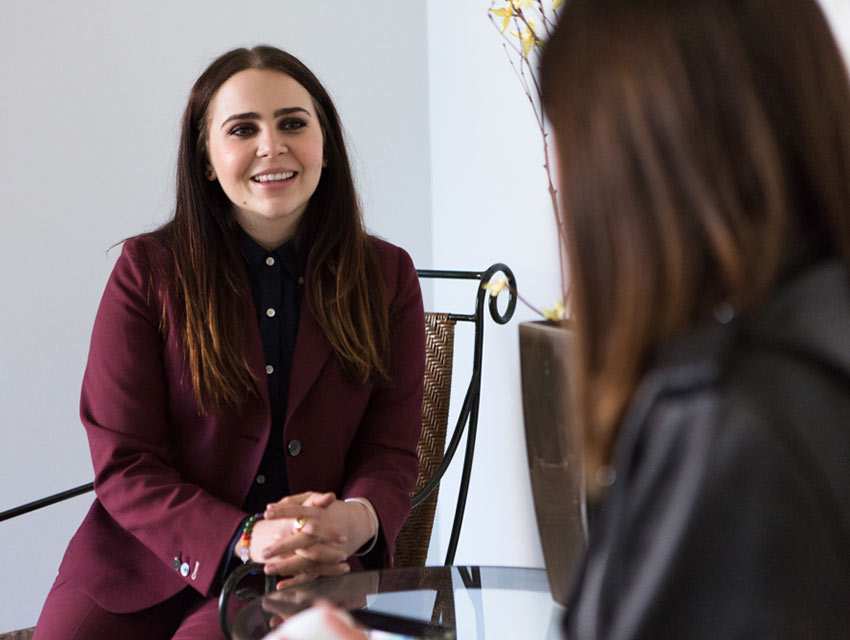 It might still be too soon to tell the show’s fans, but there’s life after Parenthood—at least for actress Mae Whitman, who played big-hearted wild child Amber Holt on the NBC series. Whitman stars this month in The Duff, a teen comedy about high school cliques and standing out. In the film and in real life, Whitman, who was born in Silver Lake and jokingly calls herself “an original hipster,” rocks a personal style we’d like to steal, so we asked her all about it.

You were born and raised in Los Angeles, and you live here now. Do you like the city?
I think L.A. is tricky. It’s kind of like a giant wave and if you don’t know how to ride it you can feel overwhelmed and stressed out, but I think if you carve out your own places it’s a land of opportunity. It’s a really special place.

You’re an Eastsider, right?
Yeah. It’s always been pretty cool, you just have to know where to look. Some streets are definitely more gentrified now but I’ve always been a really big fan of the whole Eastside in general. I really don’t go past La Brea. To me, that’s the Westside.

Your parents were also in the film business. Did they raise you in a way that let you know that you could do this as a job?
I always really wanted to do it and my parents were like, are you sure? They were reticent but it felt natural to me from the first time I was on a set. It’s always been what I really like ever since.

Being an actress can put you in a DUFF (designated ugly fat friend) mentality from time to time. Have you ever considered quitting?
It’s easier when you’re a little kid and aren’t getting critiqued for your looks, but I think anytime you put yourself out there, if there’s any kind of rejection it can really hurt. I remember my dad telling me, “you cannot take it personally, even if it feels like what they’re saying is personal.” I’ve grown up feeling like an outsider or a little different, so I think that’s why I was drawn to this movie. When you’re a little different, people try to contain you sometimes. That’s something I really like about this movie: It breaks apart the idea that there are labels that other people fit into.

And it proves that girls who guys want to date wear overalls.
I was wearing overalls every day and Ari [Sandel, the director] was like, “you should wear those.” I actually wore several of my own pairs of overalls and my own pairs of 90s button-up jeans. I felt really comfortable on set because I was wearing my personal pants.

I read an interview with Krysten Ritter recently and she said, “If you’re yourself, and you’re weird in high school or middle school, it may work against you, but later in life that could be the best thing that ever happened to you.”
Absolutely.

But it’s hard to know that at that time.
Of course! I have a lot of really cool fans that feel like they are quirky and I try to communicate that I was that way in high school too, and that I was bullied and it was really stressful. But it gets better and there’s a bigger world, so try to enjoy your time and realize you don’t have to play by limiting rules.

Do you have aspirations outside of acting?
I have very many half-baked skills…

A lot of tie-dyeing?
Yeah, too many crafts around the house. But I love singing and I love to play guitar. That would be something I’d love to do.

How do you describe your personal style?
I’m all over the place but I am definitely into a clean, Japanese utilitarian minimalist situation with some Scandinavian influences.

Where are your favorite places to shop?
I love Reformation. And New High Mart in Los Feliz. Everything in there is like a beautiful piece of art. That’s one of my favorite places. There’s a really cool place in Highland Park called Urchin. It’s a thrift store.

And you’re into suits these days?
Yeah but I’m usually more ‘90s. I wear the mid-rise pant. I love a worker boot because I love being comfortable. I’m pretty comfort-centric. I’m always terrified that something’s gonna go wrong and there’s going to be an Apocalypse and I’ll be wearing bad shoes. I always keep a pair of duck boots in the car—just in case.

Who makes your worker boots?
My favorite pair I got in San Francisco at a place called Al’s Attire. This guy hand makes every pair there. He made work boots in Japan for years and then he moved here. I bought them when I was 18 years old. They’re really beautiful brown canvas and they’re my favorite thing in the world. That’s my end-of-the-world shoe. Now I’m stressed that I didn’t bring them.

It sounds like you’re an in person shopper not an online shopper.
I don’t think I’ve ever bought anything online. I get so tense.

Do you read blogs or websites?
I like to look at Curbed. I’m really into real estate stuff. I can’t get enough.

Do you wear a fragrance?
I do. Sometimes I use Creed. They have one called M Imperial that I really like. There’s also a Juniper Sling fragrance that I like because it reminds me of gin and tonics. So I take a sniff of that in the morning.

The Reformation Clothing Line Is on Every ‘Best-Of’ List: What Makes it so Great?

We See Black and Blue Dresses That are Better Than #TheDress