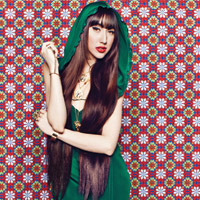 Demand for Made in the USA goods spiked in the wake of the controversy caused by our outsourced US Olympic team uniforms earlier this year. To celebrate the many talented fashion designers who create jobs and boost the economy by manufacturing here in L.A., we decided to showcase them in a special style section in our November issue (on newsstands now!). Here’s a sneak peek at one of the many we feature in the issue.

About the Designer:
As a child Carmella designer Katheryn Rice was captivated by old Hollywood movies. She often watched them with her grandmother, for whom she named the line. Rice was starstruck by the glamorous onscreen wardrobes of the early film legends. Taking inspiration from them, she created a collection of dresses with curvy ’30s and ’40s silhouettes made of delicate French silks. Her shimmery and sleek styles evoke the golden age and incorporate a modern minimalist edge, while flouncy baby dolls channel the barefoot songstresses of Laurel Canyon.

About the Model:
Ciscandra is front woman for the post-apocalyptic Gypsy punk band Nostalghia. The group’s first album quickly gained a loyal fan base, and Damon Shelton (a cocreator of the Tupac hologram) is working on an animated video for the album’s title track.