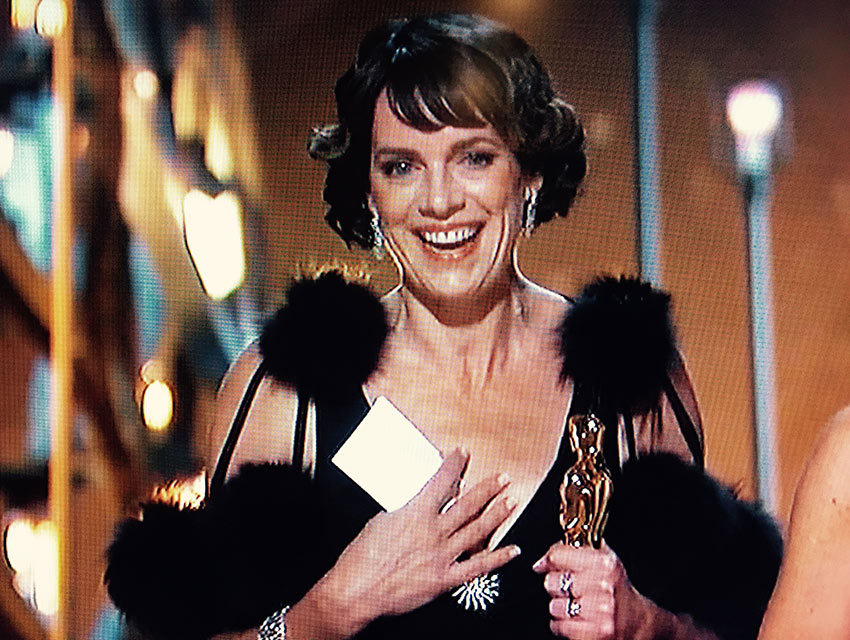 The 87th Oscars were awfully serious, weren’t they? Genuinely funny moments were few, reminders of heavy social issues were numerous, and Danny Zuko wore a choker. Just when we thought a Sunday night couldn’t get more depressing, producer Dana Perry took to the stage along with her producing partner, Ellen Goosenberg Kent, to accept the Oscar for Best Short Documentary dressed in black pom-poms. The look was age appropriate. It was joyous but not ridiculous. It was, dare we say it, sorta sexy. It was fabulous!

After her win, Perry told reporters backstage that she found the wrap in her mother-in-law’s attic. “This is one of her excellent signature pieces,” she told the New York Daily News. Neil Patrick Harris—who, it turns out, is a mere mortal after all—took a hit on social media for cracking wise about Perry’s dress just beats after the producer gave a heartfelt speech about her son’s suicide, but Perry took it all in stride. “I just got the gown to sort of support the balls,” she joked backstage. “I invite anyone to feel my furry balls.” For this, she has us in her pom.

Stephen Colbert Can Now Give You Waze Directions

John Travolta and the Return of the Necklace