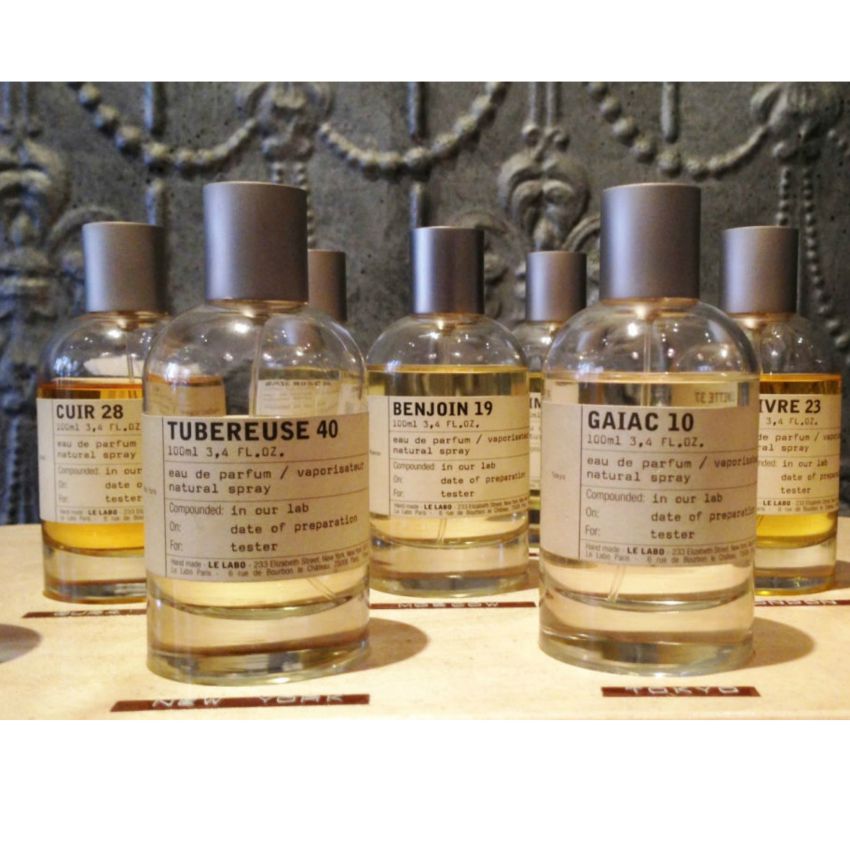 This year’s L.A.-inspired scent, Musc 25, is about the dramatic juxtaposition of good and evil in Los Angeles: sunshine and smog, glamour and sin. Le Labo’s founders, Eddie Roschi and Fabrice Penot, say that the perfume recalls “the ‘City of Angels’ in the Red Hot Chili Peppers song ‘Under the Bridge.'”

At first sniff, Musc 25 is white, very musky, and aldehydic. But the base notes are actually light. Vetiver, ambergris, and musk-notes that are meant to “wake up your inner demons that are anchored in sin,” make up its base. The result is sensual and decadent.

Le Labo’s city scents can only be purchased at local boutiques until September, when all nine will be available in L.A. stores. So if you’re not looking to smell like the paradoxical rush of watching a magnificent sunset while stuck in traffic, September is your month to try a different city on for smell. The other “City Exclusive” scents—homages to New York, London, Tokyo, Chicago, San Francisco, Dubai, Paris, and Moscow—are just as complex as Musc 25.

Benjoin 19, for example, represents Moscow and was inspired by Leo Tolstoy’s novel Anna Karenina. The scent is said to capture the moment when Anna meets Count Vronsky in a Moscow train station, “the moment when everything changes, when your life topples over, when nothing will ever be the same.” If that sounds a little too rich for Autumn in L.A., try Baie Rose 26: Baie Rose is French for Pink Pepper, and the sharp pepper notes are meant to mimic the more upbeat notes of jazz music in Chicago.

Chloe Sevigny Says Her New Perfume Is About Being a Lady, Not an “It Girl”

Meet the Indie Perfumers Who Are Making Scents of L.A.

Anthony Kiedis Still Believes in the Magik of Human Creativity