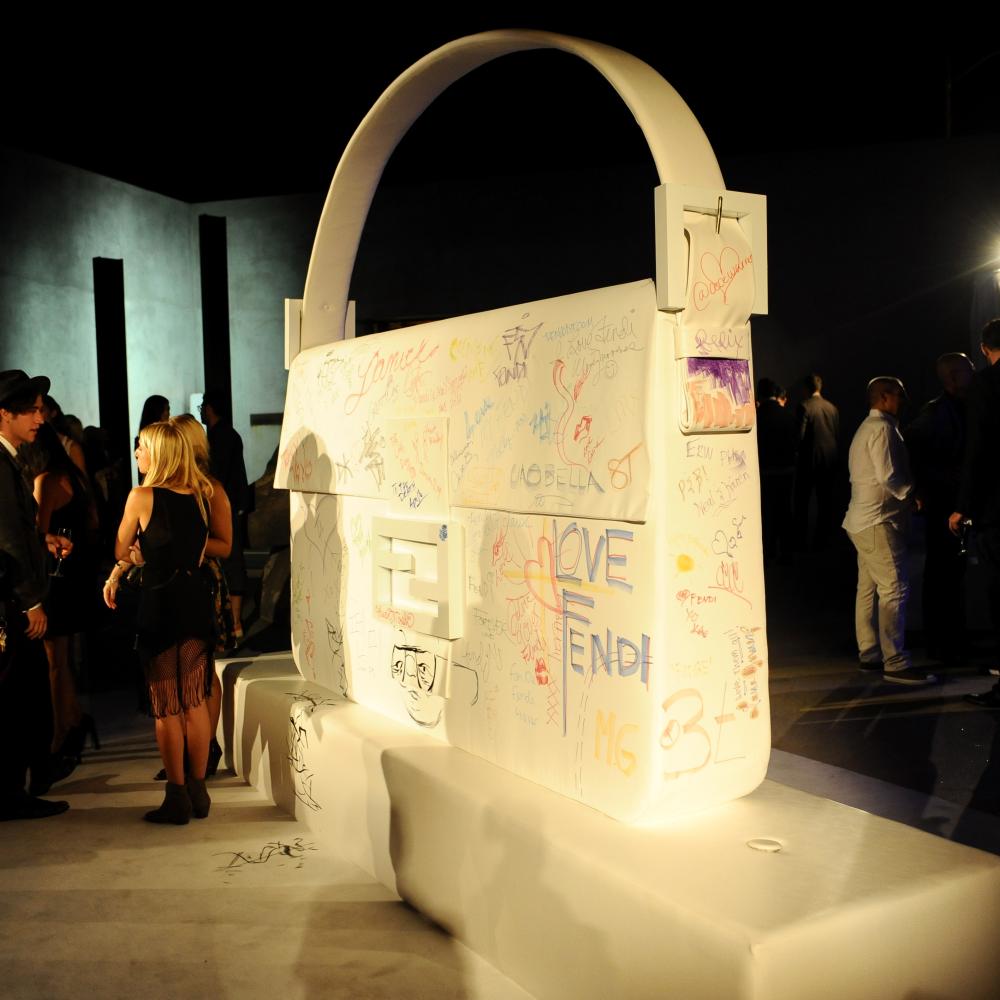 They’re calling it “Baguettemania.”  Fendi is celebrating 15 years of its iconic “Baguette” handbag with a pop-up shop inside Maxfield until October 5th. Cute and collectible, the “Baguettes” are to fashionistas what Beanie Babies were to suburban housewives. So far over 1,000 styles have been released and coveted since 1997. The purses’ designer Silvia Venturini Fendi threw a party at the pop-up’s opening which drew celebs like Mena Suvari, Maria Bell, and Lydia Hearst.  L.A.-based artists Kenny Scharff and Chaz Bojorquez, along with Pae White designed one-of-a-kind bags for the event (painting on blank canvas), which were sold during a silent auction at the shindig. Their bags will be on display at Maxfield until October 5th, with other “Baguette” sculptures, a new batch of “Baguette” styles for sale, and limited edition t-shirts and silk foulards, specially designed by Karl Lagerfeld for the anniversary.