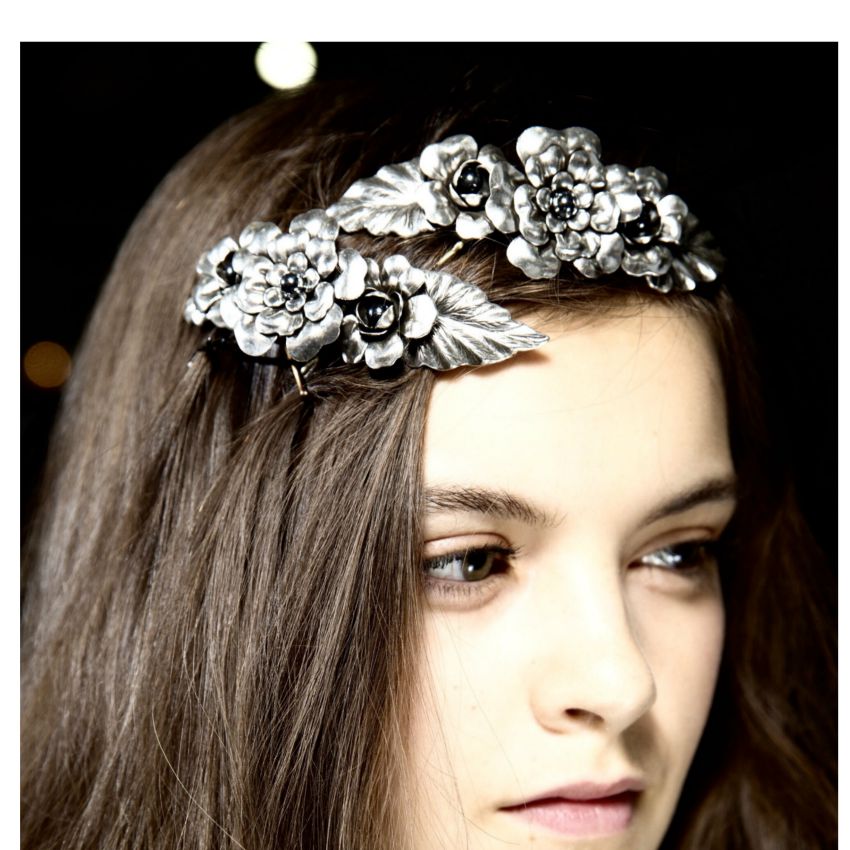 Last week, Rodarte showed its Spring Summer 2016 collection at New York Fashion Week. The romantic collection was inspired by Emily Dickinson, who lived with her family in Amherst, Massachusetts for her entire life and valued isolation so much, she eventually became reluctant even to leave her bedroom. Dickinson is a widely-beloved figure, but she makes an especially interesting muse for Kate and Laura Mulleavy, the sisters behind Rodarte, because they lived with their parents in Pasadena even after they became adults, and still reside in the suburban city north of Los Angeles.

The Dickinson-inspired collection is lyrical and soft but punched up with heavy-metal-meets-floral hair pieces. Barrettes are a bit antiquated, and these accessories acknowledge that because they’re so referential. They’re a nod to ancient Mexican head adornments, and they look like little pieces of a crown.

Hairstylist Odile Gilbert placed them on natural-looking hair for the show. The result is dreamy, but it has a hard edge. The barrettes aren’t available until spring, so we’ve picked a few similar pieces that’ll help you get the look in the meantime.