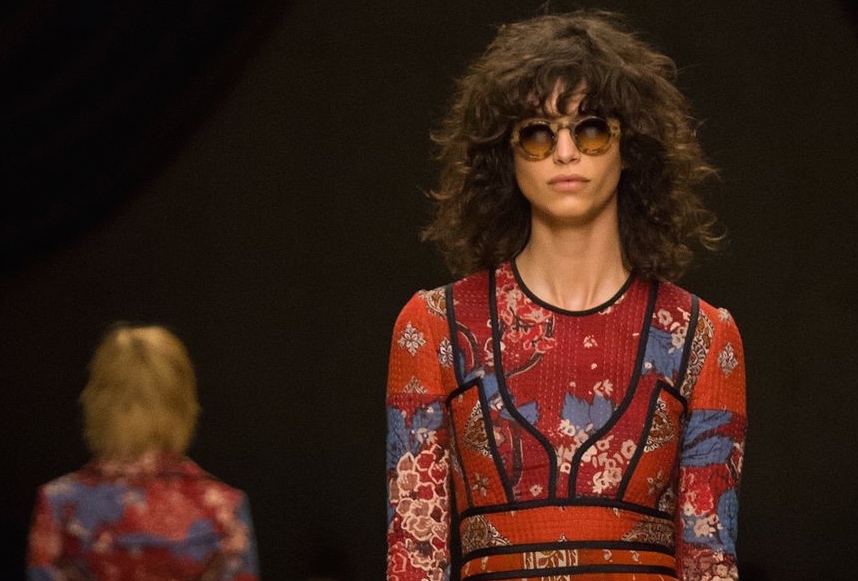 “I died. I couldn’t be more obsessed with the collection. It was amazing,” a suspiciously alive Rachel Zoe gushed.

The celebrity stylist sat front row at Burberry’s “London in Los Angeles” ready-to-wear Autumn/Winter 2015 fashion show at the Griffith Observatory this past Thursday, where models in 1970s glam-bohemian pieces with Moroccan and tribal inspirations made haste down the runway. The fashion house incorporated some of the biggest trends of the season into the fall line, including leopard print, fringe, and patchwork designs of paisley and lace. The event coincided with the opening of Burberry’s new eco-friendly, four-story location on Rodeo Drive which boasts solar panels, locally sourced green power, and garden plants that require no irrigation.

Union Jacks and American flags bordered the winding road leading up to the venue, which had been transformed into a British-inspired garden party with large hedges, gravel walkways, and white ironwork benches. After gathering outside to watch another brilliant L.A. sunset, guests including Victoria and David Beckham (and their adorable kids), Elton John, Anna Wintour, and supermodel Cara Delevingne took their seats beneath a large tent.

Zoe was rocking one of the dresses shown on the runway—a long, flowing, red and blue printed frock with black piping. She paired the number with black peep toe pumps and revealed that it’s one of her favorites from the collection. “The suede fringe cape was on another level,” she said. She also dished out style tips, like pairing layered jewelry with bohemian ensembles for a more formal look.

The models walked to an impressive singer-songwriter line-up consisting of George Ezra, Tom Odell, Clare Maguire, and Benjamin Clementine, all of whom played against a cutout of the London skyline. Some of the major highlights of the show included a finale walk by Naomi Campbell, who was joined by actor and host of The Late Late Show James Corden.

The evening’s festivities wrapped up when First Battalion Grenadier Guards led the guests outside to see the British and American flags projected onto the domed roof of the Observatory. God save the queen, God bless America, and long live Burberry in L.A.

Is Anna Wintour Going Out of ‘Vogue’?