Home Celebrity “This is Joan” 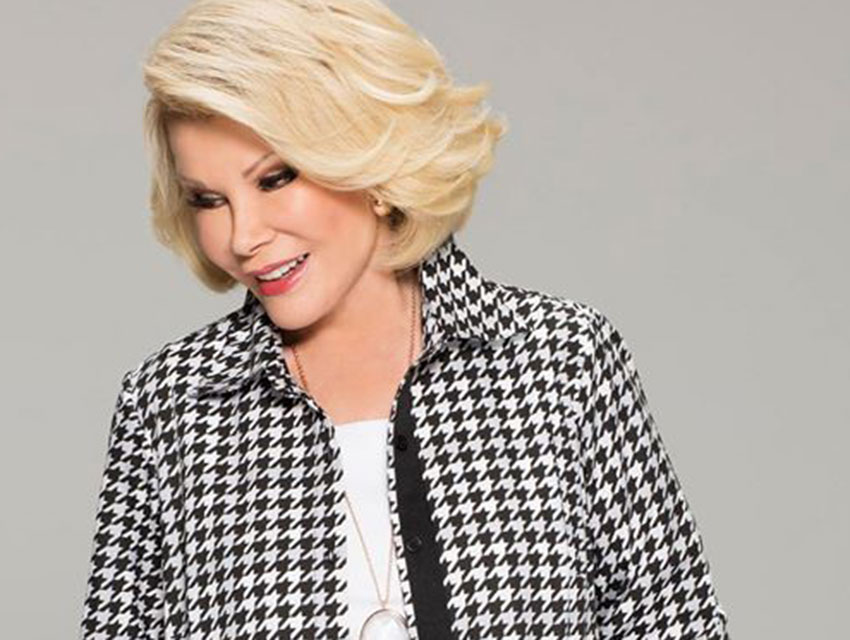 A few years ago I received a call from a former editor asking me if I would be able to interview Joan Rivers to provide additional quotes for a story he was working on. I wouldn’t get the glory of a byline, but I jumped at the chance anyway because, frankly, I needed the dough (I was living on a cattle ranch in the Central Valley back then trying to eek out a living as a freelancer) and also because I was a huge fan of the red carpet maven. He arranged for Joan to call me that evening.

Something about my rustic location—Hereford cows grazed in the field out my window—made the call all the more surreal. “Hello, Linda. This is Joan,” Rivers announced in her famously raspy voice. Despite the fact that the interview wouldn’t be face to face, I had been nervous. But my anxiety vanished in two seconds. Her frankness, her tell-it-like-is bluntness—in short, what I and so many others loved so much about her—put me at ease. We talked about Hollywood, about celebs and fashion on the red carpet, about her relationship with her daughter, and about her new projects. At some point in the conversation she started asking the questions. Rivers was curious about my decision to largely give up my career and move to a ranch for love and was quick to give me advice. She wasn’t a sugar-coater. She told me, essentially, that you can’t live on love. That you have to keep an eye on your dreams. She also cursed like a sailor. She made me laugh out loud. When we finally said goodbye, I was bummed. I missed her instantly.

I’ve seen Rivers a few times since, sitting in her Fashion Police perch above the crowds at New York Fashion Week. Last year I noticed a throng of people circling someone outside Lincoln Center. When I went to see what the fuss was about, there was Joan Rivers holding court.

Following the news that she died today at the age of 81, I’m sad to think we won’t hear her sometimes brutal but always hilarious commentary of red carpet fashion anymore. She created the sideline sport of red carpet watching and, her cutting critiques got Hollywood to dress better. The style-challenged all hired stylists and a new career path was born. Also thanks to Rivers’ signature greeting—“Who are you wearing?”—emerging designers can now go from obscurity to household name overnight when the right star wears one of their pieces (and remembers their name). Joan thought to ask the question.

And yet, Rivers seemed to take clothes as seriously as she took herself, which is to say not very seriously at all. She made fashion fun—and funny—something I admire immensely. There won’t be another like her.

My editor didn’t end up using much of my interview, but it’s one I won’t forget.