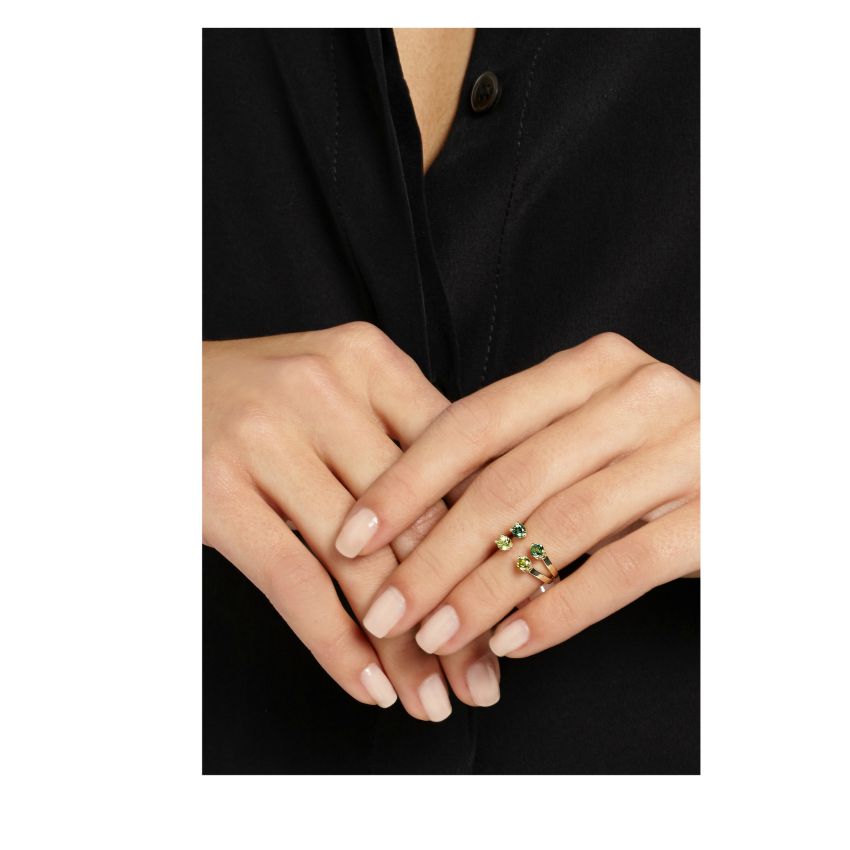 The Peridot–August’s brilliant, highlighter green birthstone–was first discovered in Ancient Egypt, where it was adoringly referred to as the “Gem of the Sun.” Ancient Egyptian priests would drink from ceremonial cups encrusted with the stone, as they believed that it connected them to nature. Peridots are also heavily associated with Christianity; August’s birthstone appears numerous times in the Bible, by the name “chrysolite.”

Today, the lime-green stones are best associated with good fortune, peace, and wealth. Both gold and silver-toned metal settings enhance their vibrancy. Celebrate your August birthday–or just the end the summer–with one of these peridot picks.