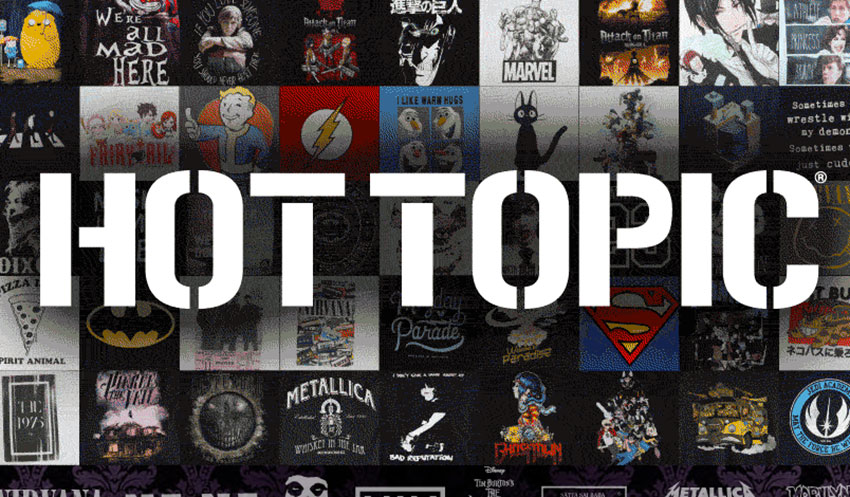 Yes, it’s been that long since you bought your first belly button ring at Hot Topic. The store that brought Goth to the mall turns 25 this week, and the L.A.-based home of everything grunge, skull-like, studded, and zipped is kicking off its birthday celebration this weekend with discounts galore online and in all 659 stores nationwide.

Our first association with the famed merch outlet is all things black.  But there is more to Hot Topic than we remember.  Here are five things you may not have known about the brand:

1. The store secured its very first pop culture license–for Homey the Clown tees—in 1992. Angst doesn’t get more ‘90s than an ex-con dressed as a clown who carries a sock to knock kids in the head. Damon Wayans gave us plenty to laugh at on In Living Color as the dark, edgy bozo who was known for saying “Homey don’t play that.” Thanks to Hot Topic, we were able to wear our allegiance on our sleeves.

2. Nicki Minaj is a fan—and she knows she’s made it when her hoodies are being sold at the store. Before she was triple-twerking in the video for her song “Anaconda,” the Queens rapper was singing, “Hit up Hot Topic, Nicki Minaj hoodies…I’m a brand.” This was on one of her hottest songs, “I am Your Leader,” featuring Cam’ron and Rick Ross, from the epic Pink Friday: Roman Reloaded album.

3. In 1997, Hot Topic became the first store to carry South Park merchandise. Some eleven years later, in 2008, in an episode titled “Ungroundable,” Goth kids from South Park elementary burned down the local Hot Topic store because everyone was confusing them with the new surge in vampire kids (thank you, Twilight!).

4. There are hundreds of thousands of rock bands repped by the famed store, but only one artist has been blessed with the honor of being a lifetime employee, and that is legendary rocker Alice Cooper. He also has a lifetime discount at the store.

5. There’s one pop group that has not graced the front of a Hot Topic tee, and that’s the Smiths—Will, Jada, Jaden, and Willow. Jimmy Fallon reminded Will Smith of this fact and designed his own Smith tee on his late night show.