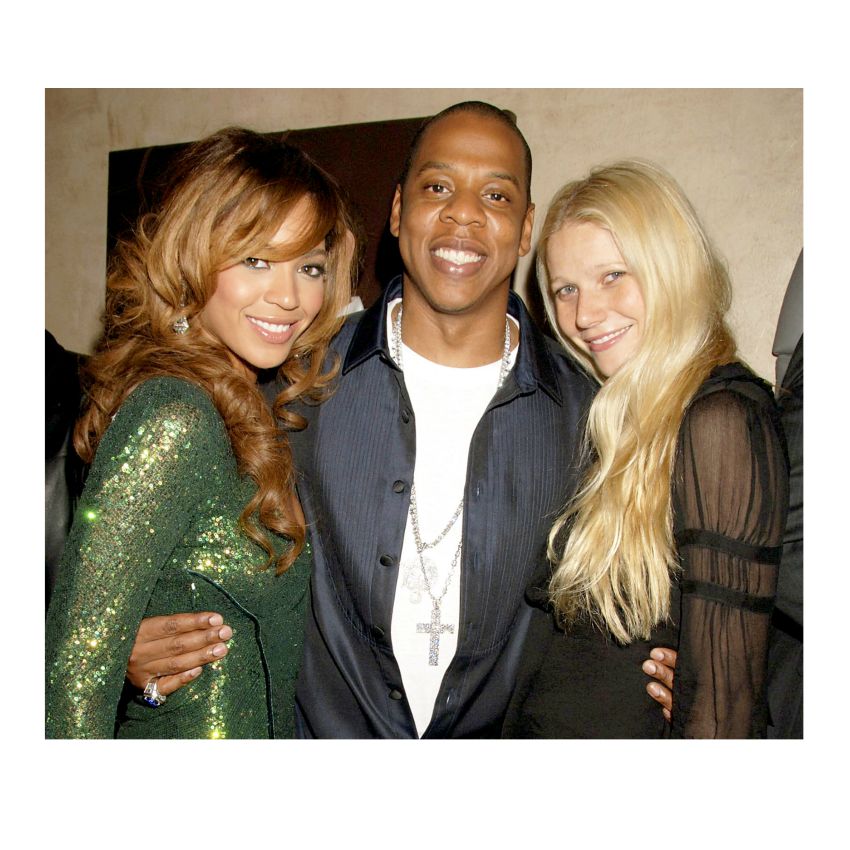 Goop, Gwyneth Paltrow’s lifestyle empire, has teamed up with Edie Parker on a new line of Hip Hop-themed clutches. The pearlescent, hardshell bags are available for $1,695 on the Goop Web site.

One clutch is inscribed with “Hov,” the nickname of Paltrow’s longtime friend Jay Z, in swoopy, silver script. “Shady” (Eminem’s moniker) is emblazoned in gold glitter on the other side. A second clutch comes in an oceanic blue and features the Notorious B.I.G.’s handle, “Biggie,” on one side and “Pac,” short for Tupac Shakur, on the other. The selection of rappers that made it onto the clutches are just some of Paltrow’s favorites.

The bags are, unsurprisingly, eliciting some snarky reactions. But let’s suppose the juxtapositions of the names are intentional–the Biggie/Pac bag, especially, may have even been fabricated just so that the Internet would have something to freak out about (Biggie and 2Pac were in an infamous rivalry). Concerns over the brand’s commercialization of rap names aside, the collection would be stronger if it consisted of four different clutches, each printed with a single name. But they’re glitzy, eccentric, tongue-in-cheek, and, above all else, proof of Gwyneth’s capriciousness.