Home Fashion Gucci’s Toupee Shoe Sold Out Even in L.A. 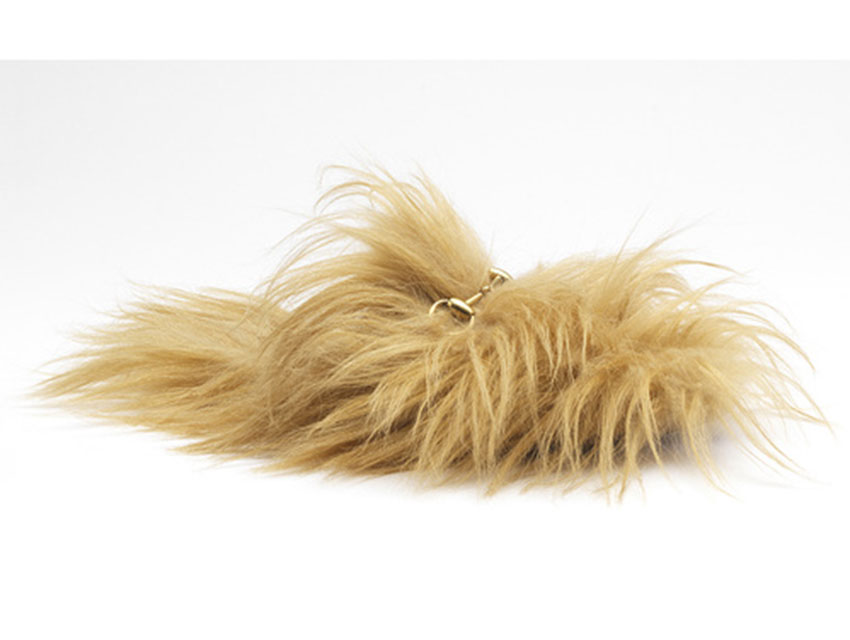 According to the sign posted next to Meret Oppenheim’s Object inside the Museum of Modern Art in New York, that famous artwork was inspired by a “conversation between Oppenheim and artists Pablo Picasso and Dora Maar at a Paris cafe. Admiring Oppenheim’s fur-covered bracelet, Picasso remarked that one could cover anything with fur, to which she replied, ‘Even this cup and saucer.'” The piece consists of a cup, a saucer, and a spoon that the artist covered in tufts of well-groomed, latte-colored fur.

The fur was sourced from Australian kangaroos, so the shoes have stirred up quite a bit of controversy—and yet they’re sold out in L.A., aside from a few pairs in size 5, which are still available at Gucci in Beverly Hills. Demand for the shoes was so high, in fact, that Gucci’s salespeople don’t know if or when more will become available.

The shoes look like Muppet’s feet, require combing, can’t be worn in the rain, and are too warming to wear in Southern California, so they weren’t exactly bred for life in L.A.