Home Fashion Get Ghostly to Celebrate the Return of Beetlejuice 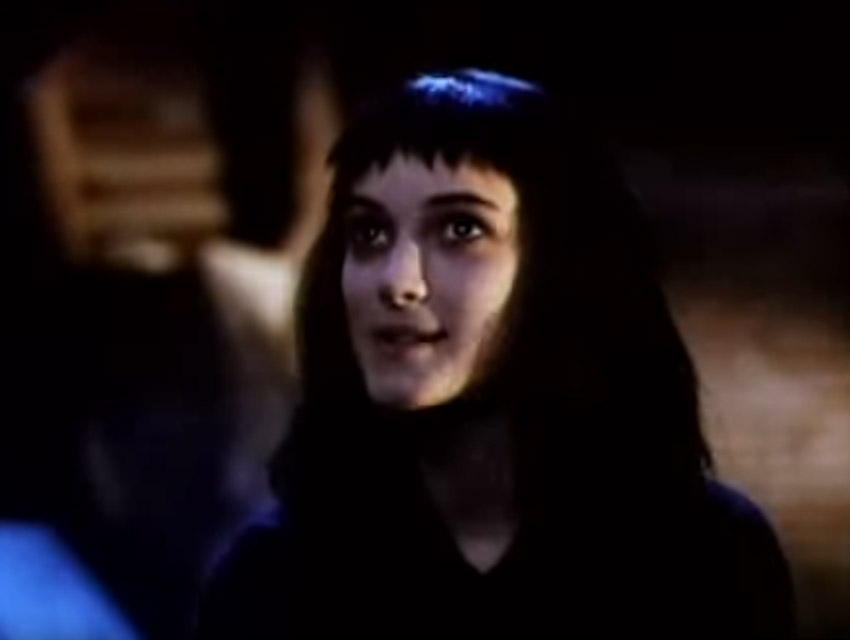 After a twenty-seven year hiatus, Beetlejuice is rising from the grave.

The 1988 film follows a young couple as they die, become ghosts, and go’ on to haunt their former home—alongside a lewd ghost named Beetlejuice. The three work together to scare off the strange new family that buys their house.

Winona Ryder was just 17 when she starred in Beetlejuice as the goth teen daughter who befriends the ghosts. She slinks around her own home in formal funeral attire—black lace dresses, black veils, and oversized blouses. Her eyes are shadowed with brown, and her matte skin is as pale as that of a corpse. Ryder still gets approached by kids for her role in Beetlejuice: “It must mean there’s something very sort of pure about it, in a weird way,” she said on Late Night with Seth Meyers—and we agree.

Her upcoming performance in the Beetlejuice sequel was just revealed— “It was very hush hush, top secret,” she said on the show. “And then [Tim Burton] … did an on-camera interview, and he said, ‘Oh yeah we’re doing it and Winona’s going to be in it.'”

In honor of Ms. Ryder’s enactment of Lydia Deetz, we’ve selected new versions of the few strange pieces that she wore in Beetlejuice.

After 40 Years in Comedy, Catherine O’Hara Is Still One of Our Finest Imports