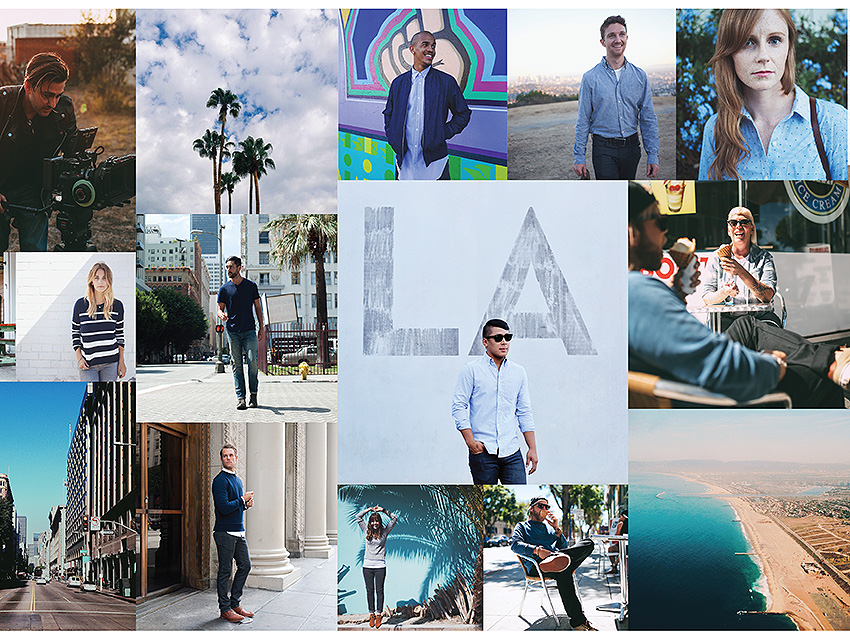 Normcore became a thing this year, but the look the catchword describes (a unisex uniform of nondescript basics) has been around—and available at an affordable price point at the Gap—for decades. Now the brand is embracing the trend, using #DressNormal in their fall campaign and creating interactive experiences for shoppers in cities including L.A.

In conjunction with the Gap’s newest collection, the company is launching “The Dress Normal Project,” a pop-up boutique shop and exhibition to be held in the parking lot of the Brig on Abbot Kinney from September 12 to 14. The exhibition, which features photographs of non-models styled by Trish Summerville and curated by fashion photographer Tommy Ton, will then travel to Seattle, Chicago, Atlanta, and Brooklyn, where it will showcase each city’s take on what it means to dress “normal.”

The project marks a distinct departure for Ton, who usually hunts for people wearing the loudest, most intense styles, and for Summerville, who recently dressed two of Hollywood’s edgier heroines: Lisbeth Salander in David Fincher’s The Girl with the Dragon Tattoo and Katniss Everdeen, who volunteers as tribute in The Hunger Games. In both films, the female protagonists have a dark style that accessorizes their brazen attitude. (Summerville collaborated with Fincher again on Gap’s commercial campaign for Dress Normal.)

While putting together the shoot with Ton, Summerville was careful not to bring the edge out of her subjects, but tried to avoid complete conformity. Whether via the collection’s neutrals or florals, Summerville says she really wanted to get across “what each person’s vibe” was. “I wanted to know what kind of closet do they have at home and what their Instagram jam was,” she said.

An L.A. native, Summerville recognizes the definition of normal varies from neighborhood to neighborhood. “The normal in Santa Monica is very different to the normal of Hollywood and to the normal of Echo Park.” The most iconic “normal” item of Los Angeles? Without hesitating, Summerville says it’s definitely denim. “Everybody in Los Angeles has owned a great pair of jeans once in their lifetime.”

Closing In on the Gap: Why Gap’s Downsizing Matters

7 Things You Probably Didn’t Know About the Making of Gone Girl, Courtesy of David Fincher