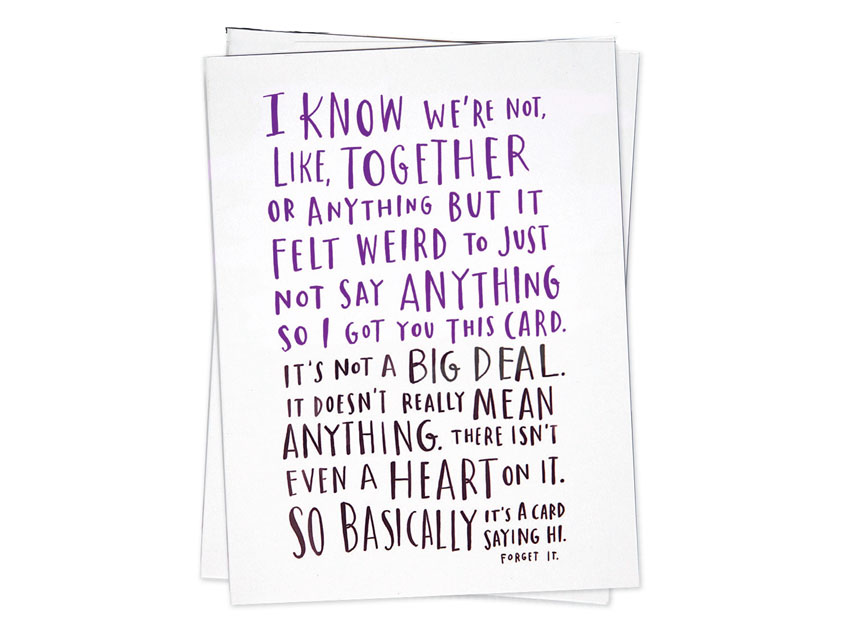 Have you Started dating someone but aren’t sure he or she is worthy of a schmaltzy card quite yet? That’s where L.A.-based illustrator Emily McDowell found herself two years ago. The standard greeting wouldn’t do, and she decided to create her own. She was so pleased with her “Awkward Dating” card that she made 100 copies at a local printer. “I figured I’d sell a couple on my Etsy store,” says McDowell. “It went viral. I guess it struck a nerve with people.” From there McDowell began tackling other sticky situations with irreverence and candor—like saying you’re sorry (though you’re really not) or picking up only a card instead of buying a birthday present. McDowell’s eponymous line of cards is sold at major retailers, such as Urban Outfitters and Paper Chase, along with her tote bags and mugs. “I think that, as humans, it’s a relief to see ourselves, our messy relationships, and our neuroses reflected in products, which helps us feel normal,” says McDowell.