Home Uncategorized Dannielynn Follows in Mom Anna Nicole’s Footsteps—Not All of Them, We Hope 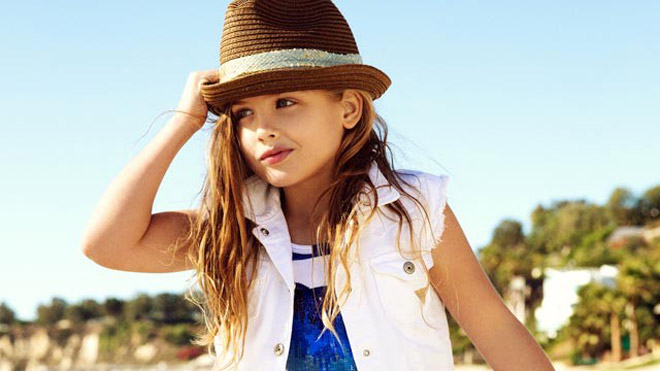 It’s not really a shocker that six-year old Dannielynn Birkhead, daughter of the late Anna Nicole Smith, would eventually become a model. And it seems pretty fitting that her first campaign is for GUESS, the brand that took her mother from Playboy Playmate to legit supermodel in the ‘90s. Later, we watched her mom go from hot mess to train wreck before our eyes on The Anna Nicole Show. And our hearts went out to poor baby Dannielynn, losing her mother just five months after being born, then becoming the subject of a widely publicized and vicious paternity suit. Writer Steven Mikulan penned a piece called High Times with Anna Nicole Smith—about the rise and tragic fall and fallout surrounding the former model for us in 2010. Judging by little Dannielynn’s smirk we’re hoping she’s as tough as she is adorable. Check her out in this behind-the-scenes vid: