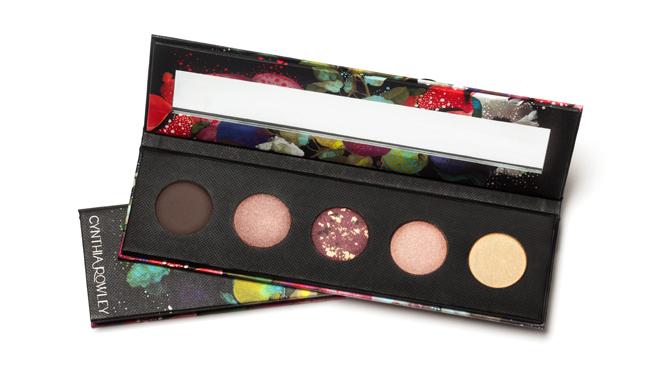 Fashion designers parlaying their design sensibilities into the beauty world isn’t new, but Cynthia Rowley’s debut capsule eye collection, launched exclusively at Birchbox, is. That’s because it’s the result of an online collaboration of sorts between the designer and her fans.

To explain: Rather than following a more traditional creation process and distributing through the usual retail channels, Rowley partnered with the sharply focused eCommerce beauty service so that she could delve deeper into the use of social media and solicit immediate responses from followers on what they need and want.

The well-edited five-shadow set Rowley created as a result mixes high fashion shades (like Patina, which is a medium plum flecked with shimmery gold) with neutral staples (like Mink, a universally flattering light satiny brow). Fresh and modern, the pigmented shadows blend seamlessly making it easy to get this season’s softly shaded lids regardless of your experience with eye color.

The limited edition collection also includes a supple felt tip liner with a pigment rich formula. The intense 12-hour black liner has the feel of an ultra-thin marker and gets you a sharp looking cat eye in 2 or 3 swipes. And, the product won’t budge hours later. The inspiration for this smudge-proof formula? A Sharpie. Cynthia actually used to use the permanent marker to get the same results. Now she (and we) don’t have to.