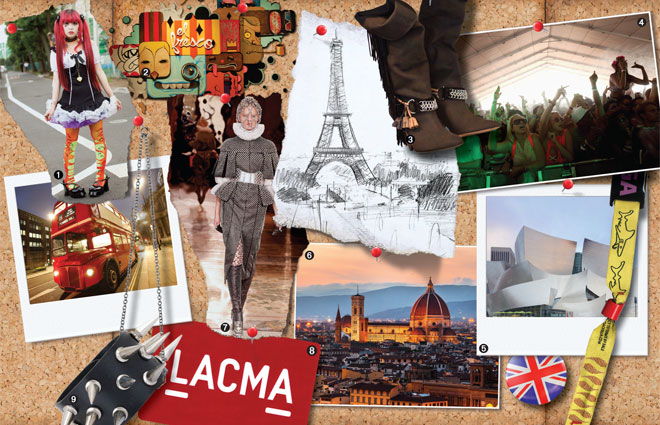 For three years the Isabel Marant pieces sat on a rack, untouched, at the Robertson Boulevard boutique Curve. “When we first opened in 1997, I think people looked at us as an art gallery,” says the shop’s owner, Nevena Borissova. “They liked what they saw, but they weren’t necessarily ready for it.” These days Marant is highly coveted, with 13 stand-alone stores, including one in Los Angeles not far from Curve. Back then, though, the French designer was unknown in the States. Undaunted, Borissova continued to purchase pieces from fledgling designers in the hope of enticing L.A.’s fashion-forward crowd. “I vividly remember buying an Alexander Wang electric blue leather paillette dress that was around $4,000 or $6,000,” says Borissova. “I didn’t know who was going to buy it because no one knew who Wang was yet, but it was so innovative. We sold it the first day we had it in the store. I knew then he would be huge.” Fifteen years later Borissova is still putting her money on emerging talent, even if not all of her bets pay off. “I feel responsible to the clothes,” says Borissova, whose house had become a sanctuary for unsold garments. “I couldn’t just leave them. They had to have a home. When I lived alone, I even had sweaters in my fridge.”

“A Japanese girl in Tokyo having the balls to mix 11 different colors together is amazing.”

“There is so much great art coming out of Miami.”

“French streetwear is a movement. That bohemian-chic-rocker thing—Isabel Marant invented it.”

“Coachella should be a freaking national holiday at this point.”

“I want to move downtown. It’s the perfect mix of New York, London, and L.A.”

“I go to Italy to feel the classic, the old, the history.”

“London to the end of time will be a testing ground. The first time I saw a McQueen piece, I was like, ‘Oh my God, are you kidding me?’”

“You can find whatever inspiration you need at LACMA.”