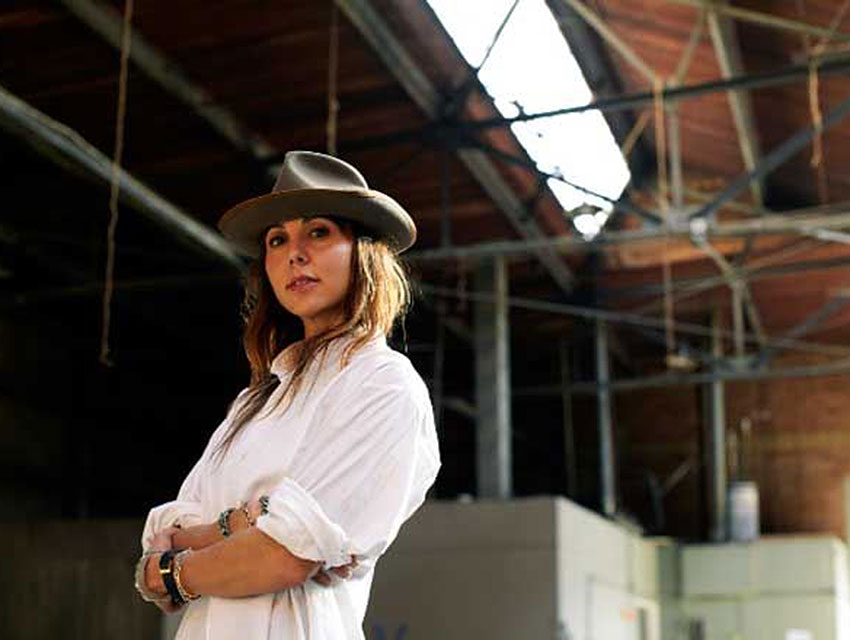 Spring is in the air, and this weekend Parachute Market is celebrating the season with “Let There Be Light,” the third installment of this curated design fair. The brainchild of set designer and vintage dealer Coryander Friend, Parachute aims to bring an aesthetic cohesion to the popular pop-up market format that extends well beyond the wares for sale. For starters, Friend’s vendors are “not vendors: they’re designers and artists,” she says.

Friend, who was the set decorator for Mike Mills’ design-o-philic flick Beginners, chooses a theme and brings in artists to create related installations alongside makers and brands whose work reflects the “storyline” (past themes were Psychedelic Summer and Elemental). Timing the market with the Spring Equinox is intentional — aligning with the traditional fashion season and also with pagan celebrations of rebirth and the return of the light. “I’ve always been really affected by nature and the weather and the inspiration I feel as the new season unveils itself,” says Friend. “I think aesthetically and energetically it leads us in a direction, and auspiciously it’s a good time to do a show.”

“Let There Be Light” will feature on-site installations by four artists throughout a massive arts district warehouse. Tahiti Pehrson’s intricate, hand-cut paper sculptures are designed to catch the light, while Milan-based Johanna Grawunder is bringing in a geometric neon piece that was originally commissioned by Fendi. There will also be “air-chitectural” pieces by Doron Gazit, who works, fittingly, with parachute material. “He’s our Burning Man, a really out-there sculptor who’s gonna cover the ceiling with air tubes,” says Friend. Gazit also happened to do Beyonce’s halftime show.

Of the 52 participants on the floor, 31 are new to Parachute. Wendy Polish is returning with her luxury line of water-sculpted candles, Le Feau de L’eau, as are the weavers Brook and Lyn, who are unveiling a new line of mirrors in honor of the theme. Anton Nazarko, who does the hand dyeing and tie-dyeing for Raquel Allegra, will be selling his textiles. Industrial designer Phil Otto created a folding desk and light kit. Others include ceramicist Bari Ziperstein, Place 8 Healing crystals, jewelry designers Myrrh and Hortense, and Worn Over Time, dealers who are famous for their Mexican and Navajo silver jewelry. Richard Wainwright is again curating his A Current Affair vintage pop-up in part of the space, and chef Nina Clemente will be creating food and beverage pairings.

While Friend, a graduate of the Buddhist-leaning Naropa University, says that everyone who joins the show is happy about having a conceptual theme, there is by no means an effort to recruit artists who share a spiritual or mystical bent. “I happen to be a little bit witchy because it helps me get through my day,” she says with a laugh. “I meditate daily, and personally keep a practice of tuning in that’s really based around nature. But regarding the Parachute artists or designers, I want all sorts. I’ll choose a surly artist who smokes cigarettes all day long. In some ways I want to have people who are circumspect about all things woo-woo. It keeps things interesting.”

Steffie Nelson is a freelance style and culture writer living in Echo Park. She is working on a book about cosmic Los Angeles. Read more of her work or follow her on Twitter.