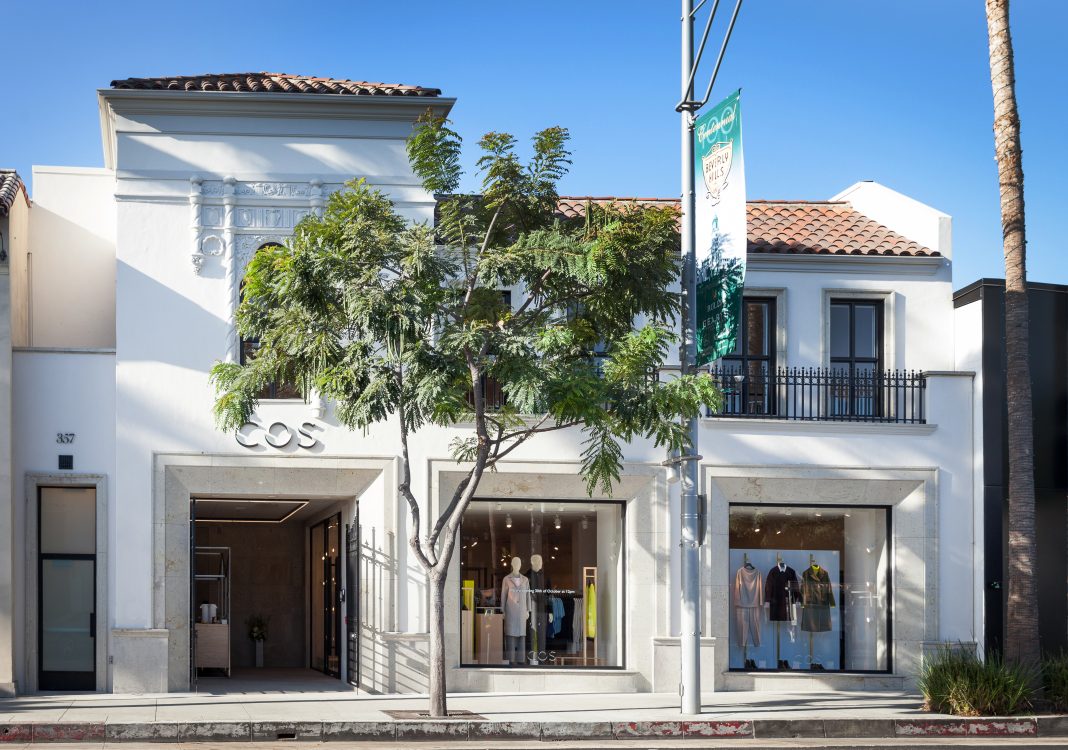 The interior of the new, COS store in Beverly Hills, California, photographed on October 28th, 2014Photo By: Peter Wintersteller

New York style blogs have been going on and on about the arrival of their city’s first COS (H&M’s grown-up sister brand) for almost a year now, and bragging about how NY was to score the very first U.S. store. The shop was even recently voted “NYC Store with The Biggest Pre-Opening Buzz” by racked.com, so calling it highly anticipated would be an understatement. The Swedish retailer’s East Coast debut has been the subject of speculation, rumors—even conspiracy theories. Intel updates have been dolled out with Pentagon-level urgency. But, much to the chagrin of these COS-starved New Yorkers, last night the very first U.S. COS. store opened at 357 North Beverly Drive in Los Angeles, not 129 Spring Street, New York. We sat down with brand manager Atul Pathak at the boutique’s swanky opening party to find out why L.A. beat N.Y. to the punch.

As it turns out, L.A.’s infamous practice of tearing down old buildings came to our advantage. The company planned to open on both coasts, but the site they chose for their Soho location is a historic building and comes with a litany of protection measures for renovations. So while construction at that spot has been hampered by zoning permits, the former Banana Republic on Beverly Drive provided a quick turnaround for the fashion-forward brand. It wasn’t all about convenience, though. “Martin Andersson [head of menswear design for the brand] and Karin Gustafsson [head of womenswear design for the brand] love L.A.,” says Pathak. “In fact. the collections are largely inspired by the art and architecture of L.A. They’ve visited the Eames House in Pacific Palisades, and no trip to L.A. is complete for them without stops at LACMA and MOCA.” Good news New York: it’s every bit as awesome as you thought it would be.