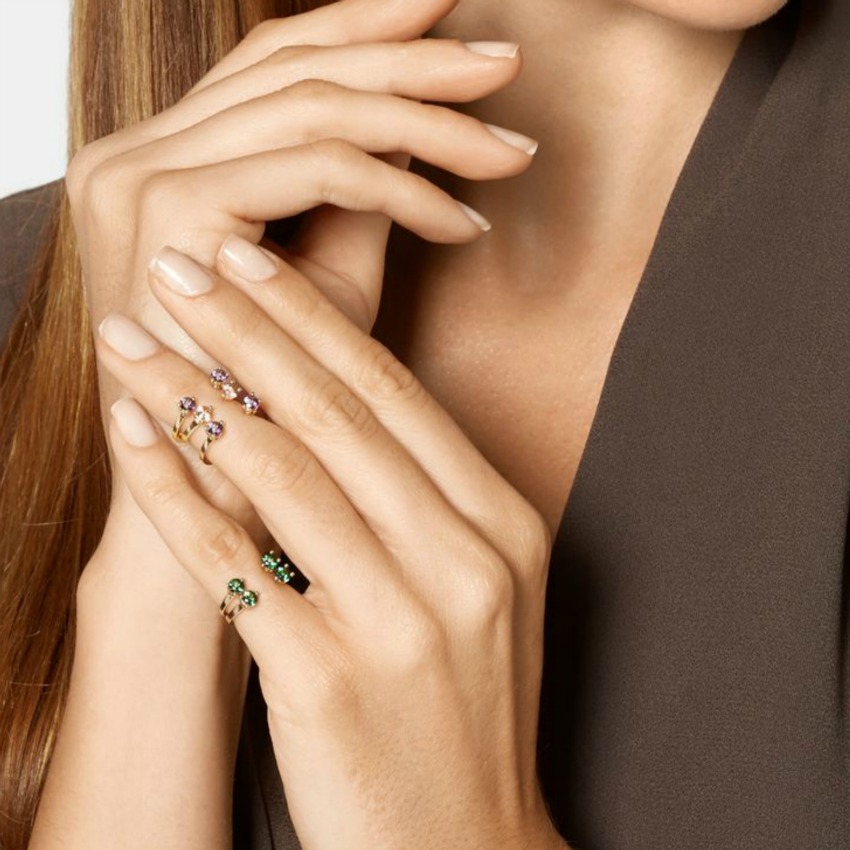 Fittingly, November’s birthstones are the colors of a Thanksgiving cornucopia: burnt orange, turning-foliage-green, and crimson.

The warm, yellow-ish color of Citrine, November’s first birthstone, is said to be a gift from the sun. It’s believed by people across the world to be chock-full of healing properties and is traditionally given as an anniversary gift for the odd 13th and 17th years. It also represents some of the most gentle human qualities: peace, prosperity, loyalty, and creativity.

Topaz, the second stone of the month, is associated with passion, intensity, dedication, determination, and resilience. The most sought after form of topaz is called Imperial topaz, after the Russian Czars of the 1800s. It’s recognizable by its Titian-orange hue that’s dusted with pink undertones.

We’ve rounded up a few great pieces of jewelry that incorporate November’s dual-star stones, and will give your friends (or yourself) a lot to be thankful for.