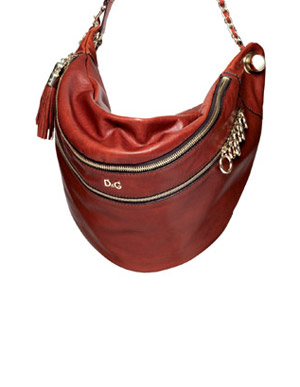 Hey, everyone! I haven’t seen you since—gee, Guns N’ Roses went head to head with the B-52s on the Billboard pop chart. Remember me? Fanny Pack! Yeah! I’m back! I’m just as surprised as you, Hobo Bag! We thought your reign would never end. Well, people are tired of purses that double as steamer trunks, so small is beautiful once again; me and minaudière are all of a sudden hot stuff. Oh, excuse me: minaudière and I. Almost forgot I’m upscale now. Sure, folks harshed on me for being—I don’t know—convenient? Just because tourists appreciated me and people look down on them, I was stonewalled for almost two decades. Always pulling up the rear, pun intended, in the accessories world. Like it’s a crime to hang around someone’s waist instead of off her shoulder. OK, Birkin Bag, I’m not named after some European actress. And I’m not one of those collaborations, whatever those are. But sorry, Doctor Bag, you were a little hasty with your autopsy on me. Didn’t you see my cameos in collections a few years ago by Philip Lim and Alice Roi? Well, now it’s Hammer time! D&G, Calleen Cordero, Hollywood Trading Company—you elevated me from my nylon ghetto and rendered me in earthy leathers—thanks for the love! Since then it’s been a jet-set life. I just got in from Paris, Milan, and New York. Doing runway work. I walked Bottega Veneta in brown leather with a red-and-white minipocket. To the tune of $1,080, mind you. Touché, “It” bag! I did Marc Jacobs in python—ssss! Then Hermès, understated as hell, in tan pebbled leather. The Satya Rai label sequined me out big time—and no, it wasn’t an ironic novelty. Neither was the version Jeremy Scott whipped up, despite all the metal hardware he attached. Not to name-drop, but you meet a lot of cool people on the fashion circuit. Madonna and I were inseparable. She wore me in basic black. Smart, because the Chanel harem pants I was sitting on top of—atroshe. Rihanna and I had some good times, too. I was in Louis Vuitton mode—monogrammed, of course—a double fanny pack, sorta like a trailer with a bump-out. Oops, I mean like a mansion with a pool house.