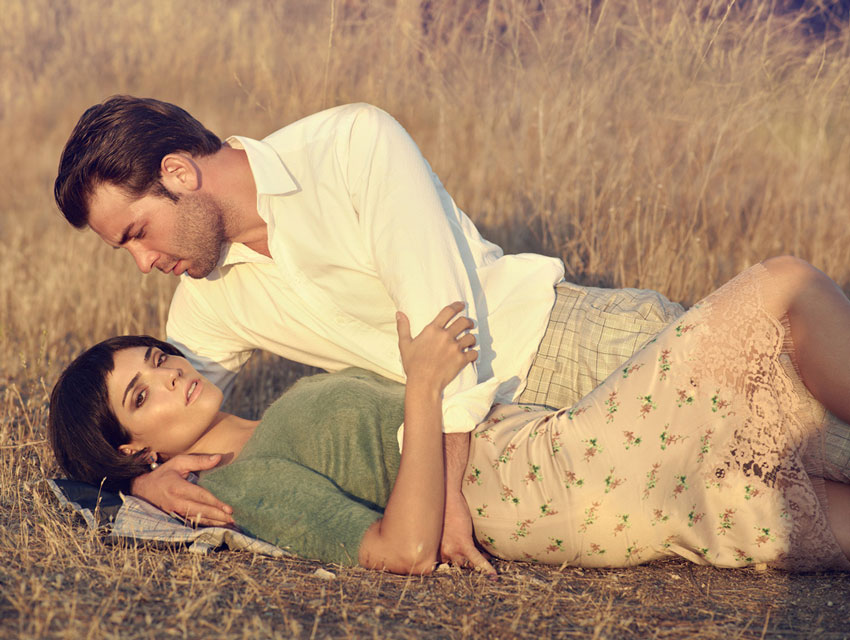 Our September fall fashion feature stars James Wolk (he played the mysterious Bob Benson on the most recent season of Mad Men) and Amanda Setton, who most recently played the office sexpot in The Mindy Project. (Both will appear with Robin Williams in CBS’s The Crazy Ones in September.)

Taking inspiration from the glam and grit of Bonnie & Clyde starring Warren Beatty and Faye Dunaway, and some of the season’s most opulent looks, I tried to capture a mix of Old West meets Old Hollywood. Paramount Ranch in Agoura Hills, a film set-turned-State Park, provided the perfect backdrop—complete with a jailhouse, a saloon, and a dusty Main Street just begging for a high noon shootout.

The images, shot by Rene + Radka, have such a strong cinematic quality, that after previewing some digital pics on set, Wolk joked, “so, when are we making this movie?”

But, alas, each time we produce a fashion feature: Tons of clothes, shoes, and jewelry shot for the story inevitably end up on the cutting room floor. So, here’s your chance to see what you won’t see in the September issue of Los Angeles magazine. Go behind the scenes with our slide show (above) and watch the video below to see Wolk and Setton on the set of our fall fashion feature.

How the Mighty Company’s Sparkly Leather Jackets Became a Hit