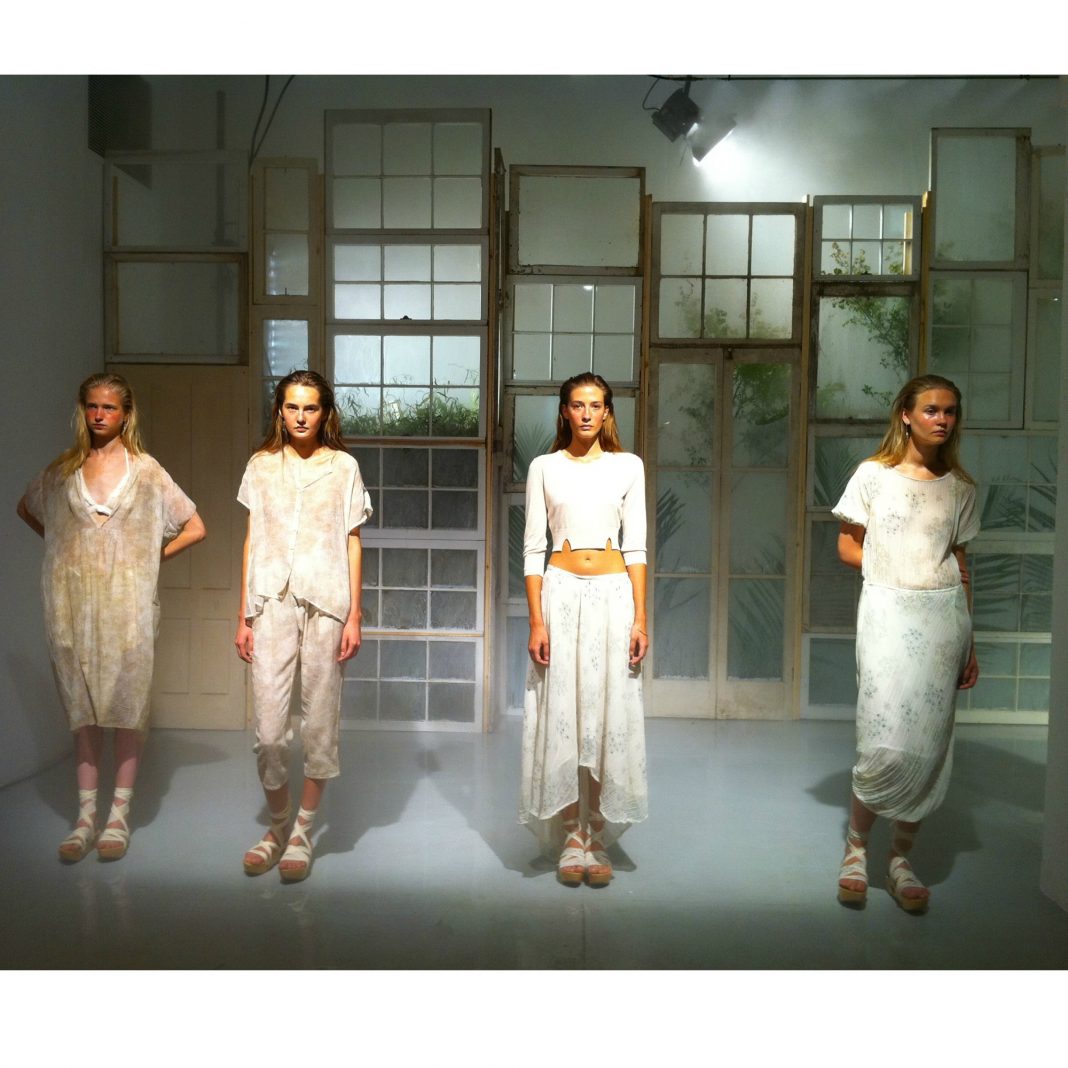 For the entirety of its 11-year run, the L.A.-based brand Band of Outsiders has been a go-to for beautifully-made basics with verve. They made gingham and tiny rosebud prints cool again by treating them with an ombre wash. They cut men’s short suits from indigo tie-dye, stripes, and floral fabrics in camouflage tones. Fall/Winter collections included patchwork fur and thick cable-knit sweaters. Season by season the label tried on different masks, putting out looks that were alternately clean, classic, romantic, playful, and dramatic. Regardless of his current inspiration, designer and creative director Scott Sternberg maintained a steadfast consistency in the quality of his work.

Sternberg is also just plain cool, and he injected Band of Outsiders with heavy, steady doses of personality. He loves cookies, so he has a cookie blog that’s accessible from the B.O.O Web site. Last year he ran a Polaroid campaign (that featured his friends, who include Kirsten Dunst and Jason Schwartzman) after the Polaroid rage had died down. He used a cartoon flasher—the back of a pants-less figure, swinging his trench coat open—for branding. And so psychedelic, rainbow-striped flasher sugar cookies were made in honor of Band’s 10th birthday. Because Sternberg wove so much of himself into the brand, Band of Outsiders became more than just a clothing label, it became a subculture unto itself.

In May, that culture ran into financial trouble. Sternberg kept quiet but signs of the company’s disintegration surfaced. The brand laid off a bulk of its staff, then began to cancel Fall/Winter wholesale orders that had already been placed by stores across the country, including some heavy-hitters like Barneys New York. In mid-June, Sternberg announced his final days with the company via an Instagram post.

The proverbial Fat Lady sings, at least for me and my time here at Band. I can’t really comment on the future of the brand as that’s out of my hands at this point, but I do want to say thanks to all of the Band fans out there who embraced and supported our brand and clothes over the years, and my employees and partners who dedicated so much energy and enthusiasm. The store should be open for at least another week so, like, go buy something cute. And enjoy it. That was the whole point of this thing after all. ✌🏼️🎉❤️ Scott a.k.a. @angusmoffett

The fashion world’s been a little quiet about Band of Outsiders’ sudden death, perhaps because Sternberg acted like an ombudsmen in its ranks. He has expressed his distrust in and disgust with the commercial aspects of the industry before, calling it a “dog and pony show.” His next moves haven’t yet been announced, but with his immense capability and large following, we expect and hope that he’ll continue to design clothes.

Everything on the Band of Outsiders Web site is already sold out, but you can still buy a few pieces from other retailers—and, luckily, they’re all on sale. We’ve picked a few things worth scooping up before they become collectors’ items. If you’re lucky enough to already have a B.O.O logo hoodie, wear it in honor of Sternberg.

When One Sushi Roku Closes, a Rebranded ROKU Opens