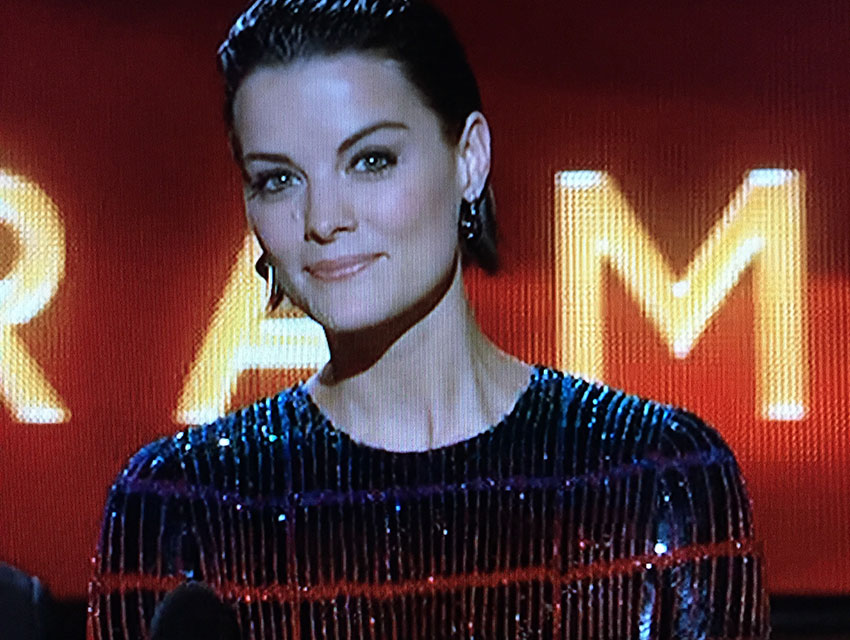 Kerry Washington looked downright flawless. Sofia Vergara, smokin’ hot. Claire Danes? She almost changed my mind about Radiant Orchid. But Jaimie Alexander, an actress whose name I didn’t know before she materialized on my TV screen Sunday night, made it official: I’m suddenly into sequins.

Alexander, who stars on the new NBC show Blindspot, co-presented the Emmy awards for Guest Actor and Guest Actress in a Drama Series to Reg E. Cathey and Margo Martindale wearing a long-sleeved Armani Prive gown with a crew neck, a simple sheath cut, and glittering swaths of crimson and aqua. It may not have been the most widely appreciated dress of the night, but I can’t remember ever seeing another quite like it, and under the bright lights of the Microsoft Theater it sparkled like the galaxy. I’d crawl onto a stage for that.

What to Expect from Tonight’s ‘Pandemic Emmys’