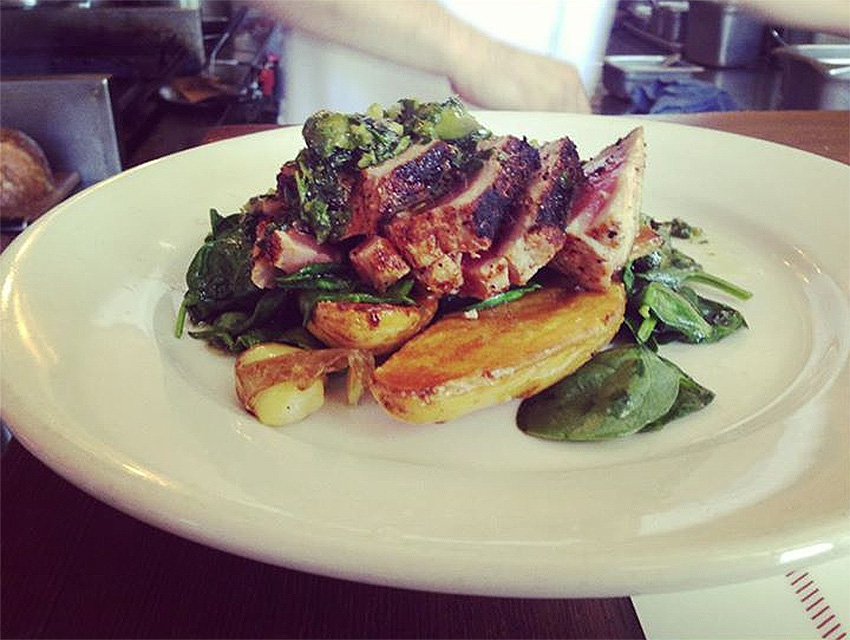 Christopher Phelps and Zak Walters dreamed up Salt’s Cure over bottles of Fat Tire beer. The cooks, who helped launch the Hungry Cat, wanted to open a store where they could sell locally sourced, nitrate-free bacon. Though plans grew more ambitious, the scale never went beyond that of a corner shop. Eight tables border the counter and the open kitchen, where the pair ply their brand of meat-intensive cooking. Pickling is done in-house. You may find yourself eating while the meat smoker, fired with walnut shells, dispatches a brisket brought in from a Santa Barbara farm. And don’t rush the busboy; he’s hand-grinding the coffee. The payoff to such earnestness is tremendous. All the dishes, whether they are the sides of black-eyed peas or green beans or a heritage pork pâté, are captured in their essential form. The brunch-only hash of corned beef and farmhouse eggs, together with pastry chef Naomi Shim’s tangerine rolls, will have you counting the days until next Sunday morning. » 7494 Santa Monica Boulevard West Hollywood // 323-850-7258 or saltscure.com