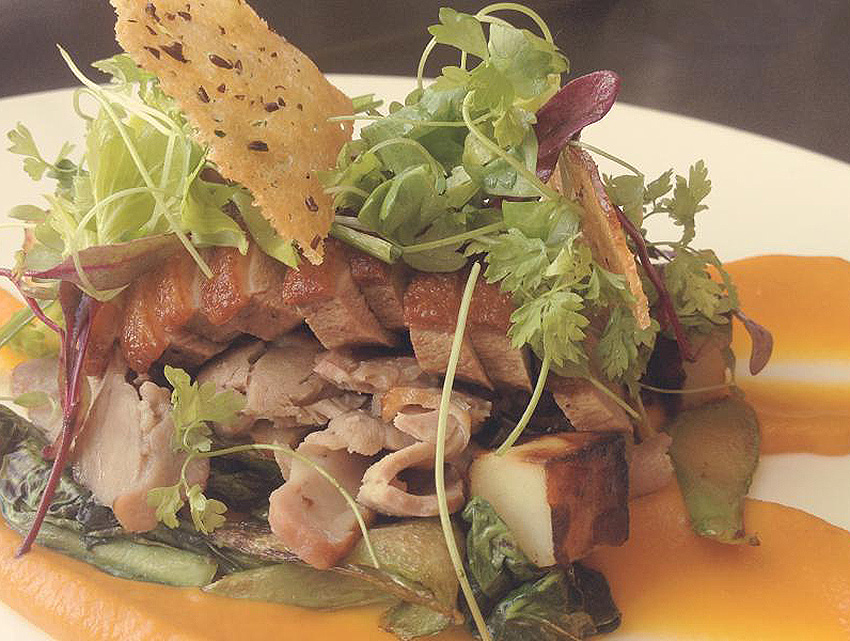 Quinn and Karen Hatfield have not only re-imagined the massive space that once housed Michel Richard’s Citrus, they’ve given it the kind of energy the building had when Richard was developing his rigorous brand of California cooking. With an earth-tone palette, a waitstaff that treads lightly, and discreet background music, this is a restaurant that celebrates fine dining’s formalism without indulging in overbearing formality. For Quinn it’s about the microtones. The gradations in flavors, textures, and accents provide the torque of his understated cooking. The buttery brioche of the croque madame offers a yielding contrast to the payload of sashimi. Gingerbread streusel sends seared foie gras into the outer limits of richness before a broth of lentils draws matters back. Karen’s desserts deliver fundamental pleasures. Sugar-dusted beignets with a glass of tawny Madeira in a room where you can hear yourself talk is enough to make a classicist of anyone. » 6703 Melrose Avenue // Los angeles // 323-935-2977 or hatfieldsrestaurant.com