Home Uncategorized Her Name was Rio 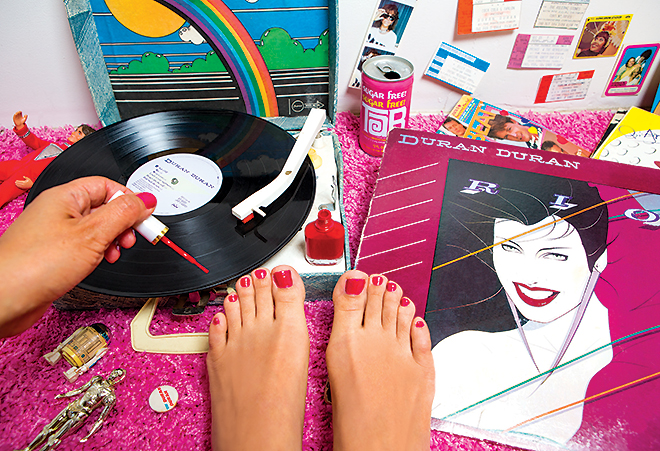 The band was British and the album title Brazilian, but the mesmerizing girl on the cover of Duran Duran’s 1982 LP, Rio, was pure Los Angeles. The man who created it was Patrick Nagel, who trained at the Chouinard Art Institute and built his brief career in L.A. (he died of a heart attack in 1984 at the age of 38). Nagel was our answer to 1940s pinup master Alberto Vargas; his bombshells—and there were hundreds of them—weren’t voluptuous gals next door but Reagan-era glamazons. Their painted lips, fearless expressions, and predatory stares both beckoned and foretold. Nagel’s women seemed to understand what would take the rest of us years to figure out: The ’80s will be remembered as a time like no other—and Los Angeles was at the center of it all. It was an era of optimism and recklessness, of blazing creativity and stupefying wealth. There was a merging of ethos and excess that would give rise to everything from punk rock to porn stars. Yet like a Nagel print, L.A. in the rearview mirror has too often been reduced to something glossy and silly. We invite you to take another look.