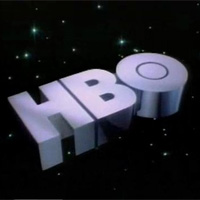 In 2014, HBO is known as the premier provider of top-tier dramas, but the cable network had to start somewhere. Long before Home Box Office (remember the quaint notion of a box office?) was producing multi-million dollar epics like Game of Thrones, the cable channel was mostly screening theatrically released movies, boxing matches, and comedy specials.

The network launched in 1975 and in September 1981 began broadcasting a 24-hour schedule on weekends. By the early ’80s HBO was ready to make a play for the hearts, minds, and eyeballs of American viewers. It was time for a trailer.

The network’s now iconic trailer, nicknamed “HBO in Space” by viewers, debuted in either 1982 or ’83 (sources vary). It features a family (as in this clip) or sometimes a couple tuning into HBO before the camera flies out of their window, offers a bird’s eye view of the city, flies through the sky, and reveals the HBO logo. This one minute and twenty-three second intro took a year and a half to complete and has inspired countless remakes, homages, and spoofs.

Cheers for HBO in the ’80s. Maybe this time, we can catch Ghostbusters after the trailer.

For more on the ’80s, pick up a copy of our July issue or subscribe now